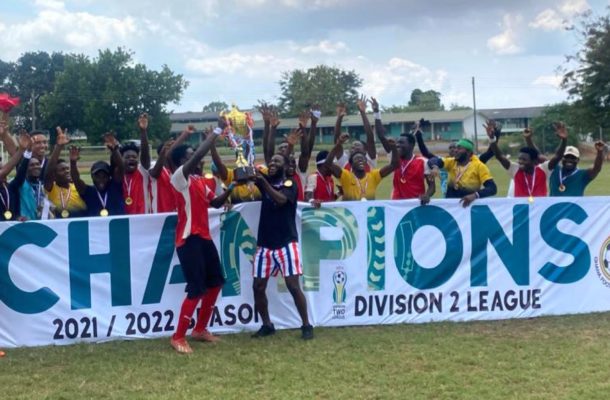 Abuakwa Susubiribi SC secured promotion to the Division One League after defeating Port City FC 3-2 (on penalties) in the Eastern Regional Division Two Middle League play-off at the Asuom Presby Park on Tuesday.

The match failed to produce a winner in regulation time as both teams displayed defensive prowess to keep the match at 1-1 after 90 minutes.

After a barren first half, Port City FC took the lead in the second half through Saqid Moro who powered in a wonderful scissor kick in the 58th minute. But Emmanuel Mensah later turned the screws around as he fired in from close range to restore parity for Susubiribi SC in the 78th minute.

Susuburibi SC headed into the final game with a perfect record in this year's Middle League – as they took off with a 5-0 win against Galaxy FC before beating Okwawu United 2-1 in their second game. Their winning run was halted by Port City in a 3-2 loss but still qualified for the Top 4 following their first two victories.

Abuakwa Susubiribi Sporting Club thus qualifies to compete in next season's Division One League as Champions of the Eastern Region.