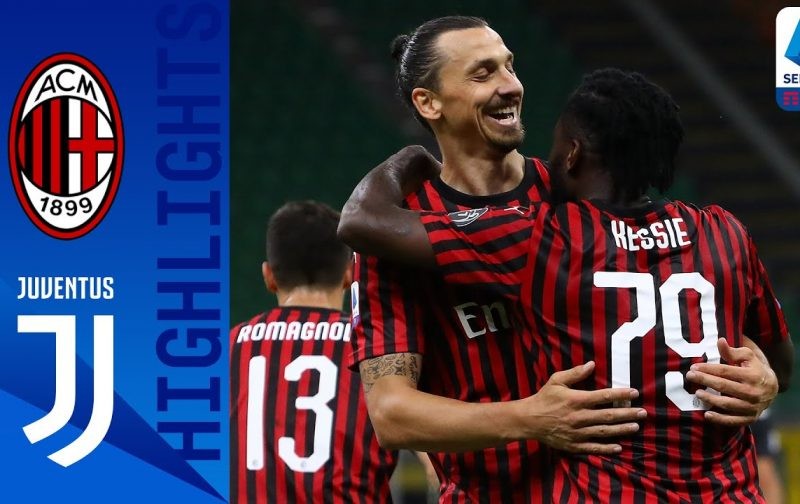 One of AC Milan’s most memorable nights at the Stadio San Siro was witnessed by a lucky few as the Rossoneri routed Juventus 4-2.

After a lacklustre first half, the game changed completely after the break as Adrien Rabiot and Cristiano Ronaldo gave the Bianconeri a two-goal lead, and what looked like a certain three points.

But the hosts turned the match around in just six minutes, thanks to a penalty from Zlatan Ibrahimovic, then goals from Franck Kessie and Rafael Leao.

Ante Rebic then added a fourth to complete a historical comeback from the Rossoneri, who managed to put four past Juventus in a Serie A meeting for the first time since 1989.