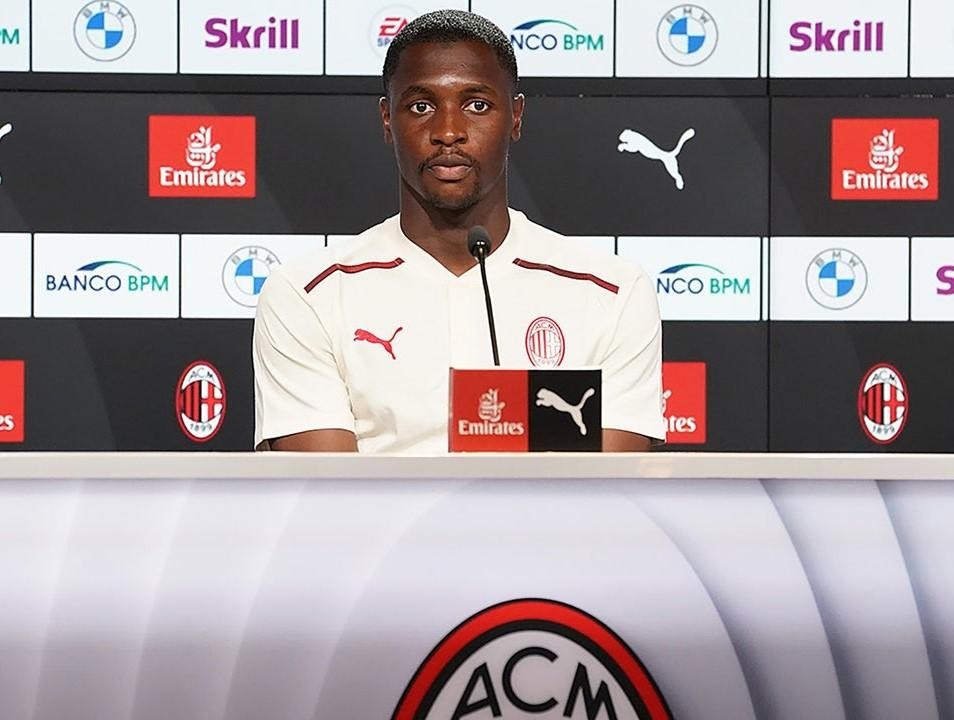 Less than a week after his arrival at the Club, it was time for Fodé Ballo-Touré to speak to the Press. After his first few training sessions, the full-back, who arrived from Monaco, met with journalists to give his first comments as an AC Milan player.

NEGOTIATIONS
"I want to start by saying that I'm happy to be here at such a fantastic Club. At the start, there was contact between Maldini and my agent but I didn't really believe that AC Milan were interested. It only really sank in once I got to Milan and met people here at the Club. Paolo's presence was really important; he sets a great example, not just as a footballer but as a person as well."

THE CHANCE TO JOIN AC MILAN
"I couldn't miss this opportunity. I will work hard, I'll improve and then the coach will decide whether or not I play. The French league is a physical and intense one; it's more tactical here in Italy and you need to concentrate hard from start to finish."

HIS FIRST FEW DAYS AT MILANELLO
"Everyone's been really welcoming; I already knew a couple of people. I thought that Italian would be a difficult language to learn but I'm slowly starting to understand more and more. The Coach has shown that he is willing to communicate with me and he has explained what he wants of me."

THE IMPORTANCE OF FULL-BACKS IN PIOLI'S SYSTEM
"He places a lot of importance on the full-backs for his system, but the important thing is to be alert, tough, consistent and also to know when you need to push forward. Being here will really help me to develop."

GOALS AND SERIE A
"One of the areas where I can definitely improve is my finishing. I need to be more clinical and grow in this regard; I have Theo's example to follow. I will be able to improve in both phases in Serie A; this league especially offers the chance to improve defensively."

COMMON GROUD WITH THEO
"Like him, I'm very fast but everyone has their own style of play. As I said before, I need to try to score as many as he does."

FRIENDSHIP WITH MAIGNAN
"I'm really happy to see him again. We were at PSG and then Lille together; he's like a brother to me. He will continue to be an example for me to follow and being with him here at AC Milan means a lot."

PREVIOUS MEETING WITH TOMORI
"We haven't had the chance to talk about that Youth League final, in which we both played so well, but we'll get to it. I can say, however, that it's a real pleasure to play with him here too."

SHIRT NUMBER
"The numbers 5 and 3 are usually given to left-backs. Given that the number 3 was taken, I chose 5."

THE FRENCH CORE
"I'm happy that they're here. They can help me through any difficulties that might crop up, on and off the pitch. They'll definitely make me feel more at home."