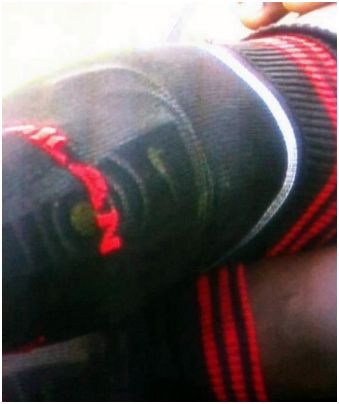 AC Milan have cleared midfielder Sulley Muntari over a charge of imprudence levelled against him.

Muntari was reported to have worn the shin guard of his former team Inter Milan whilst playing for rivals AC Milan in a match against Fiorentina.

Close camera shots had captured the shin guard as having the symbol of Inter Milan showing beneath the branded socks of AC Milan.

The shot sparked a huge controversy in the media with some criticizing the Ghanaian player as being imprudent.

But AC Milan cleared the doubt with a note on twitter in which the club placed the photo which shows Inter Milan has nothing to do with the shin guard.

Some media houses seeing the actual photo have described their early report as misstatement.