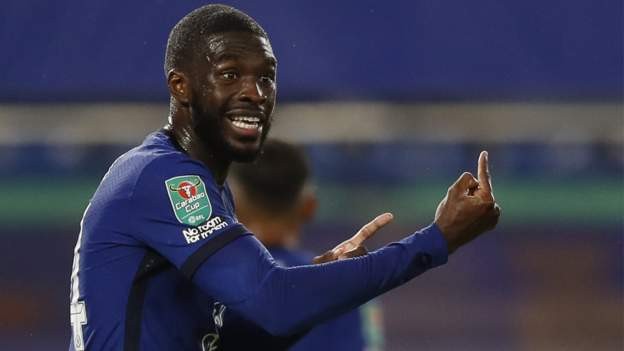 Tomori made 15 Premier League appearances for Chelsea in 2019-20, but has only featured once in the league this season

The 23-year-old, who won his only full England cap in November 2019, did the initial part of his medical in London and will complete part two in Italy.

Tomori has fallen out of favour at Chelsea this season, making only four appearances and only one of those in the Premier League.

The academy graduate signed a five-year deal with Chelsea in December 2019 soon after his England debut against Kosovo.

He was a regular in Frank Lampard's side at that point, having played under the Chelsea manager at Derby. However, since the signing of Thiago Silva, Tomori has found games hard to come by.

AC Milan are currently leading Serie A and are three points clear of rivals Inter.