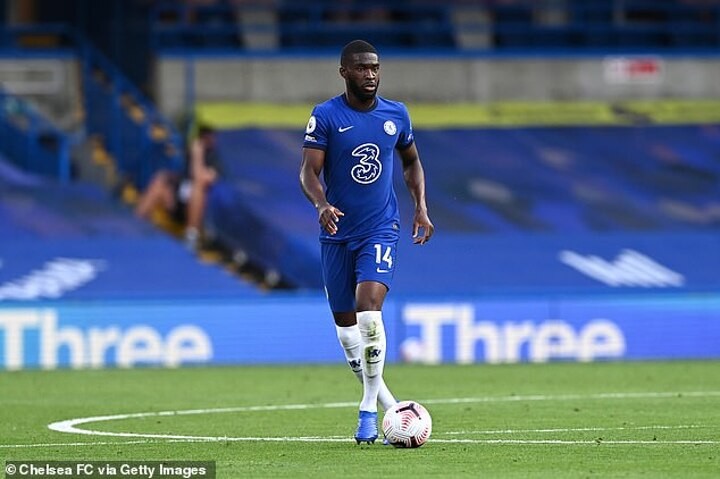 Maldini has told Italian TV: 'He's perfect for our squad, we're working on the last details.'

Sportsmail revealed earlier this week that Italian side Milan had been stepping up talks to sign Tomori on a six-month loan deal with an option to buy for £27million.

'He's always been one of our targets. He's perfect for our squad - we're working on the last details.'

A loan deal could be beneficial for the Chelsea defender, who has down the pecking order at Stamford Bridge this season.

Tomori started 15 Premier League games last season for Frank Lampard, but as struggled to break into the team this season.

Tomori came as a late substitute during Chelsea clash against Liverpool, but failed to stamp his mark on the game.

As a result, Tomori has been named in just one Premier League squad since late October.

Lampard has, however, insisted that Tomori does have a long-term future at the club.

The Blues manager said: 'He absolutely has a long-term future at this club and we will see if and when he goes out on loan.

'The moment I got close with Fikayo is when I took him on loan to Derby and he was the player of the year and one of the best players in the Championship that year.

'He came back last year, played 20 plus games for us at a young age and then got in the England squad.'