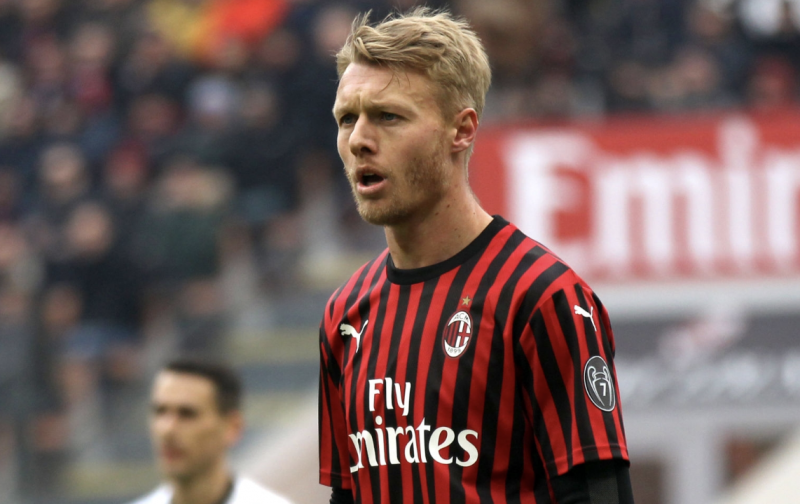 AC Milan have opted to make Simon Kjaer’s move to the club a permanent one after exercising their option to buy.

The Danish international has impressed since joining the Rossoneri on loan in January from Sevilla, although he spent the first half of this season with Atalanta.

However the Nerazzurri opted to cut his loan short, opening the door for Kjaer to join Milan, where he has enjoyed a return to form under the tutelage of Stefano Pioli.

As a result Sky Sport Italia reports the Rossoneri have exercised their option to make the loan move permanent, with the Italian side expected to pay Sevilla €3.5 million for his services.

Kjaer is expected to sign a two-year contract with the Italian giants, meaning he will be around when Ralf Rangnick takes over at the club at the end of the season.

Since joining Milan, Kjaer has featured in 14 Serie A matches and four Coppa Italia encounters.