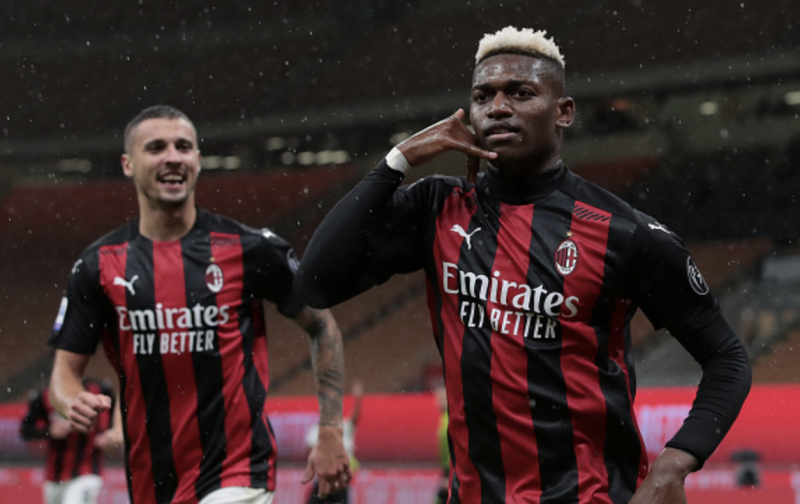 Rafael Leao will not feature in AC Milan’s next three matches after he sustained an injury on international duty with the Portugal Under-21 team.

The 21-year-old injured his right hamstring in Portugal’s 2-1 victory against The Netherlands in an European Under-21 Championship qualifier, which will force him to miss some key matches for the Rossoneri.

According to TuttoMercatoWeb, Leao will be out for at least 10 days and then he will have an examination to see how the injury is healing.

The Porteguese forward will miss AC Milan’s Serie A matches against Napoli and Fiorentina as well as their away trip to France to face Lille in the Europa League.

Leao has had an impressive start to the 2020/21 Italian league campaign so far, scoring twice and providing three assists in six matches.

His pace and dribbling skills will be missed but AC Milan coach Stefano Pioli should be able to replace him with Ante Rebic or Jens Hauge.