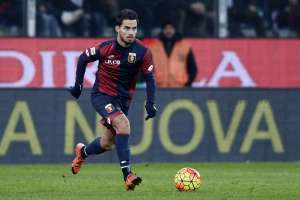 AC Milan midfielder Suso has revealed that he would like to remain at Genoa for at least another season.

The 22-year-old joined the Grifone on a loan basis in January after only featuring once in Serie A for Milan, but enjoyed a prominent role with the Rossoblu and wants to continue down that path.

“I want to thank the fans of Genoa for six special months, this is a fantastic club with a great coaching staff in a beautiful city,” Suso wrote on his official Instagram account.

“In January, I arrived in a difficult situation, but together we managed to do well.

“I am grateful to the fans, who from the very first day, made me feel at home.

“I’d like to stay here at Genoa for another year but not everything depends on me.”