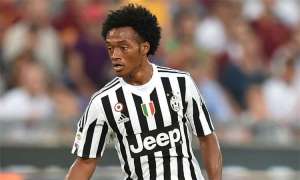 With current forward Carlos Bacca likely to leave this summer, AC Milan have turned to Chelsea winger Juan Cuadrado as a replacement.

Bacca is expected to move away from the Stadio Giuseppe Meazza before the new season starts as he seeks Champions League football, thus the Rossoneri will need a new player to fill the big hole Bacca will leave behind.

According to pianetamilan.it, that man is Juan Cuadrado of Chelsea, who has not fit in with his club’s plans in London since joining them last February.

The former Fiorentina man has since been loaned out to Juventus, who are interested to sign him on a permanent basis, but Chelsea’s asking price of €30 million is likely to be too much for the Bianconeri who are splashing all their cash on Napoli star Gonzalo Higuain.

A return to Italy is favourable for Cuadrado, however, and his agent, Alessandro Lucci, who also has links with new Rossoneri coach Vincenzo Montella, has travelled to London to discuss a possible loan for the 28-year-old, with the option to purchase him outright at the end of the season.

Playing at Milan would also see a reunion for Cuadrado with Montella, who coached him during his three years at Fiorentina between 2012 and 2015.