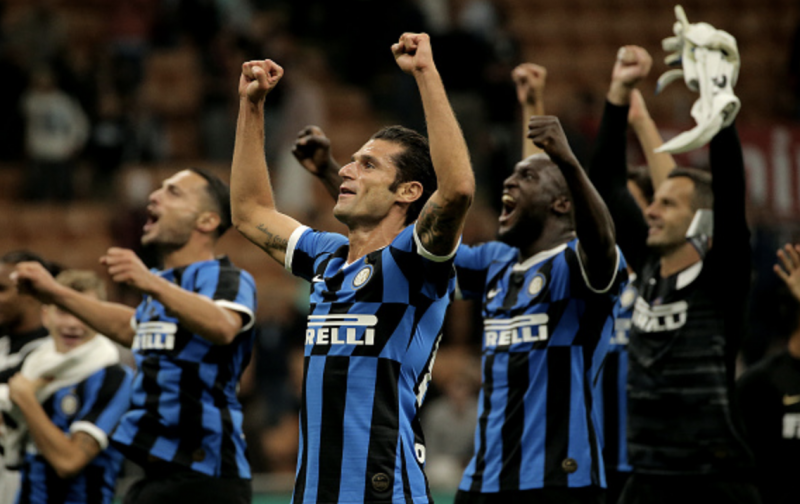 Bragging rights in the city go to Inter after a comprehensive 2-0 win over AC Milan, an understated dominance from the Nerazzurri keeps them top of Serie A having won all four matches so far this season.

Goals from Marcelo Brozovic and Romelu Lukaku were the difference at the end, but in reality Milan never got close to their opponents and the gulf between the two sides, right now, is massive, as Inter go seven matches unbeaten in the Derby della Madonnina.

It could have been worse for Milan if Danilo D’Ambrosio got the simplest of finishes on target, or Matteo Politano and Antonio Candreva were more clinical. Inter were head and shoulders about the Diavolo who themselves have a lot to ponder.

After equalling the records of Luciano Spalletti, Leonardo and Luigi Simoni who all won their first four matches in charge of Inter, Antonio Conte could become the only coach – in the three points for a win era – who takes maximum points from his first five games in charge of Inter, if they beat Lazio on Wednesday. The change at Inter since the ex-Juventus has been clear, and while the performances haven’t always been spectacular see Udinese and Cagliari – the results have come and Conte still isn’t completely satisfied. The team were compact against Milan, and patient, waiting for their superiority to shine through.

When Conte took over at Juventus in 2011, he built that team from the ground up and he is doing the same at Inter.

Diego Godin, Stefan De Vrij and Milan Skriniar are a solid defensive unit, and the transformation in midfield has allowed the frontmen to be deadly. And with Alexis Sanchez to come into the team, things are looking decidedly rosy for the Nerazzurri. Back to the drawing board

Milan ended the derby with just one shot on target across the 90 minutes at the San Siro, and in reality never looked like scoring at all. Their worst return since 2004/05 against their city rivals. They were outclassed in every area by Inter, and Marco Giampaolo looks an increasingly unhappy man.

Whether it was Suso, Rafael Leao, Hakan Calhanoglu or Ante Rebic, no one was able to adequately service Description Krzysztof Piatek, and even when the others had half chances, the decision making the guile was missing.

The best aspect of the game for Milan as the pre-match choreography from the Curva Sud.