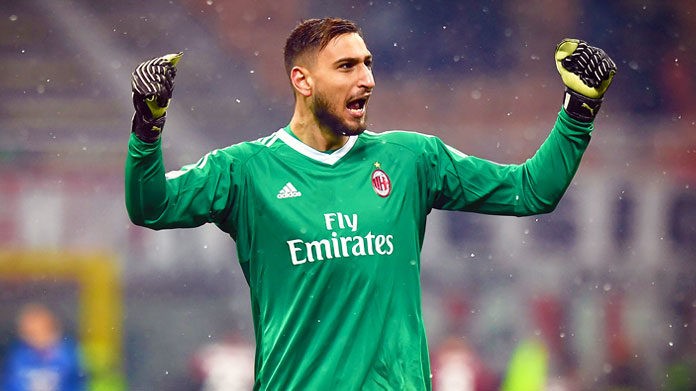 AC Milan have placed a €50 million price tag on Gianluigi Donnarumma though they are reportedly reluctant to sell their 20-year-old goalkeeper.

The Rossoneri are hopeful their youth product will remain at the club for the forthcoming season but could be tempted by a substantial offer, particularly given their recent financial issues.

According to La Gazzetta dello Sport, Milan won’t consider any offers that are less than €50m in cash for the shot-stopper.

Given the current market’s transfer prices it wouldn’t be absurd for a club to stump up that sort of money, with the top 50 transfers of all-time higher than their apparent valuation.

Donnarumma has frequently been linked with moves away from the club throughout his time and was close to leaving in 2017 after it was initially announced he would not be renewing his contract, which led to a rift between him and sections of the supporters.

He made his competitive debut at just 16 years of age and has gone on to play well over 100 times for Milan.