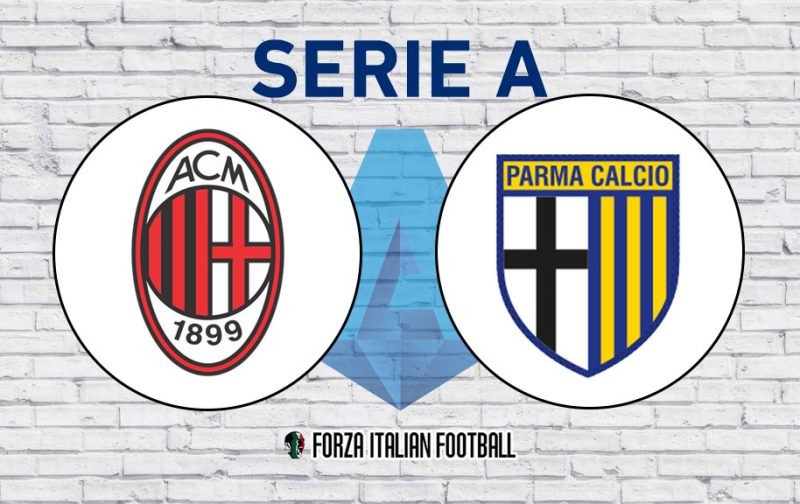 AC Milan aim to keep up their impressive recent run of form when they welcome Parma to San Siro on Wednesday night (kick-off 19:30).

– AC Milan have scored in each of their last 13 Serie A games against Parma (W9, D2, L2): it is already the longest streak for the Rossoneri against the Gialloblu in the top league.

– AC Milan have won six of their last seven Serie A home games against Parma – the only exception being the match lost on March 2014 (2-4), with Clarence Seedorf as coach; the Rossoneri have scored at least two goals in each of those matches.

– After recording just one victory in their first six home games with Stefano Pioli as coach (D4, L1), AC Milan have won four of their following six matches (D1, L1).

– Parma have collected four points in four away matches since Serie A restarted, losing their last two league games on the road: the last time the Ducali lost three consecutive away trips in Serie A was on May 2015.

– Parma collected only one point between matchday 28 and MD32 (D1, L4). Last season, the Ducali gained five draws and four defeats in nine games between the matchday 28 and matchday 36.

– Before Theo Hernandez, Milan’s last full-back to score at least six goals in a single Serie A campaign was Aldo Maldera (eight goals) in the 1978/79 season.

– Zlatan Ibrahimovic will play his 100th game for AC Milan (all competitions): he has scored 62 goals and provided 24 assists in his 99 appearances so far.

– Parma midfielder Juraj Kucka scored four goals in his 59 Serie A appearances for AC Milan. He has already found the net six times in this term, his personal best in Serie A in a single season.