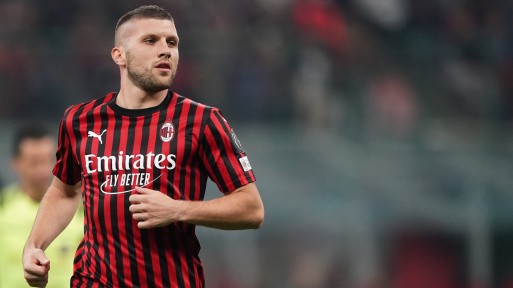 After initial difficulties, Ante Rebic is thriving at AC Milan and now want to convert the loan from Eintracht Frankfurt into a permanent deal as soon as possible.

The Croatian star is actually only on loan at Milan for next season and would have to return to the Bundesliga side until the summer 2021.

It was thought Rossoneri had an option to purchase Rebic for €20 million, but in fact it wasn’t inserted into the loan and given the performances in his  last few matches Frankfurt are looking for a fee in the region of €40m. Rebic though, has shown that he can get the ball in the back of the net, even if he was wearing some cheap football cleats.

That said, Frankfurt will be hoping to get as high a transfer fee for Rebic as possible given Fiorentina, who sold Rebic to Frankfurt in 2018, have a 50 percent sell on clause.

Board of member of Eintracht Frankfurt, Fredi Bobic, has said in that it is clear that they need to look very closely at their finances to see what they can do in the market of transfer, but what options do they have?

A deal with Andre Silva?

A scenario which is also possible involves the purchase of Andre Silva, which is on loan from Milan, which could then be offset against the sale from Rebic. Between 2016 and 2019, Rebic had played exactly 100 competitive games for Eintracht Frankfurt. During this time, he was involved in 37 goals – 25 scored and 12 assists. With the Rossoneri, the 26-year-old striker has 10 goals in 20 Serie A games.

Achraf Hakimi said goodbye to Borussia Dortmund on social media with emotional words published on Twitter: “The time has come to close a wonderful chapter of my life. I know today that it was right to choose Dortmund as my home for two years. I want to thank all my teammates, the coaching staff and all employees for the love and trust Thank you for showing me

“I would also like to thank the wonderful fans who supported us unconditionally in every game. I will never forget the yellow wall. I hope that one day our paths will cross again. We will see each other again soon, Borussia Dortmund.”

The switch from Achraf Hakimi, who was last loaned from Real Madrid to Borussia Dortmund, to Inter is perfect. Real and Inter confirmed this on recently.

The Moroccan signed a five-year contract with the 18-time Italian champions as expected and Real Madrid will receive around €40 million.

T right-back should earn around €5 million a year. Elsewhere, Arthur has joined Juventus from Barcelona with Mirlem Pjanic moving in the other direction, though neither will actually complete the move until after the current campaign is o