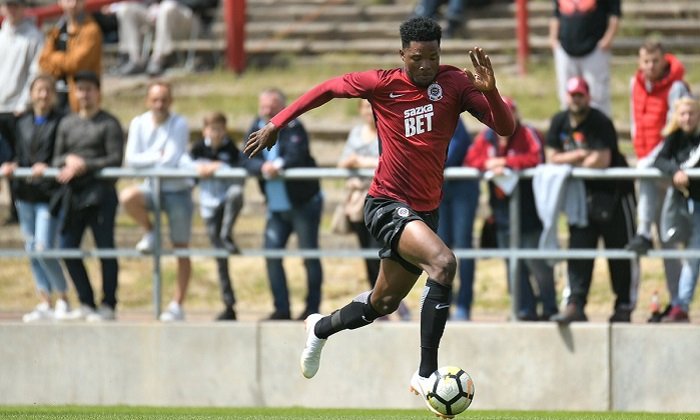 AC Sparta Prague forward Benjamin Tetteh says he could have scored more after he netted in his side's  2-1 defeat against Trencin in pre-season over the weekend.

Milan Heča conceded the first goal just after ten minutes when Desley Ubbing opened the score with a decent shot just outside of the penalty area.

Sparta levelled the score in the 22nd minute and it was nice to see Benjamin Tetteh to score his first goal for the club in his first appearance.

Tetteh took the ball at the half line and he finished his own solo run with a precise finish between goalkeeper’s legs.

But the 20-year-old Ghanaian says he could have scored more.

"I tried to add even more goals, but I've had no luck .With this, nothing can be done," he is quoted by the club's website.

"Training sessions are here are more challenging, but I'm trying to deal with it.

"Of course this is a big step for me, Sparta is the largest Club in the Czech Republic.  Anyway it's good that I've lived in Prague and already known the city."