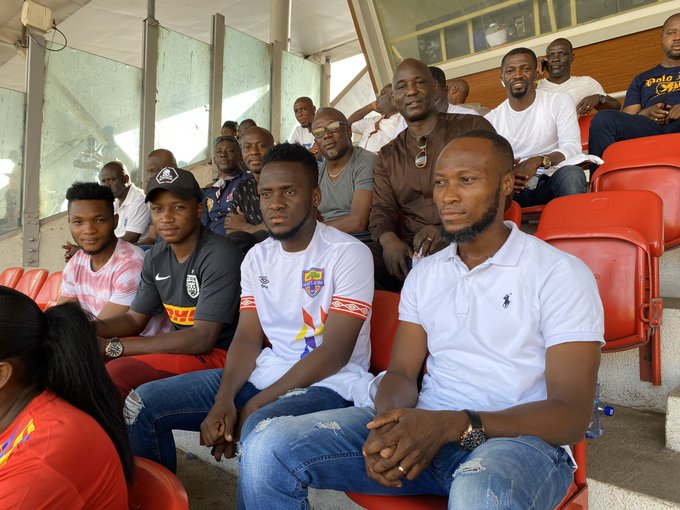 Former Ghana internationals Anthony Baffoe and Yussif Chibsah together with Nashville SC winger David Accam were among the top personalities to watch the Hearts-Berekum Chelsea game on Sunday.

Black Meteors coach Ibrahim Tanko and Ghana U-20 coach Yaw Preko were also in attendance as two former Ghana Premier League champions battle each other at the Accra Sports Stadium.

The game drew large crowds as the GPL made a return after 18 months without competitive football in the country. '

Accam, a staunch Hearts of Oak was spotted wearing the jersey of the club as the Phobians disappointed following a 1-0 defeat to the travelling Berekum Chelsea.

The game provided little to offer the high profile personalities however, Chelsea's winger Jonah Attuquaye was a tormentor for the defence of Hearts.

Hearts of Oak will next travel to Tarkwa to play Medeama SC with Berekum Chelsea at home against Liberty Professionals.