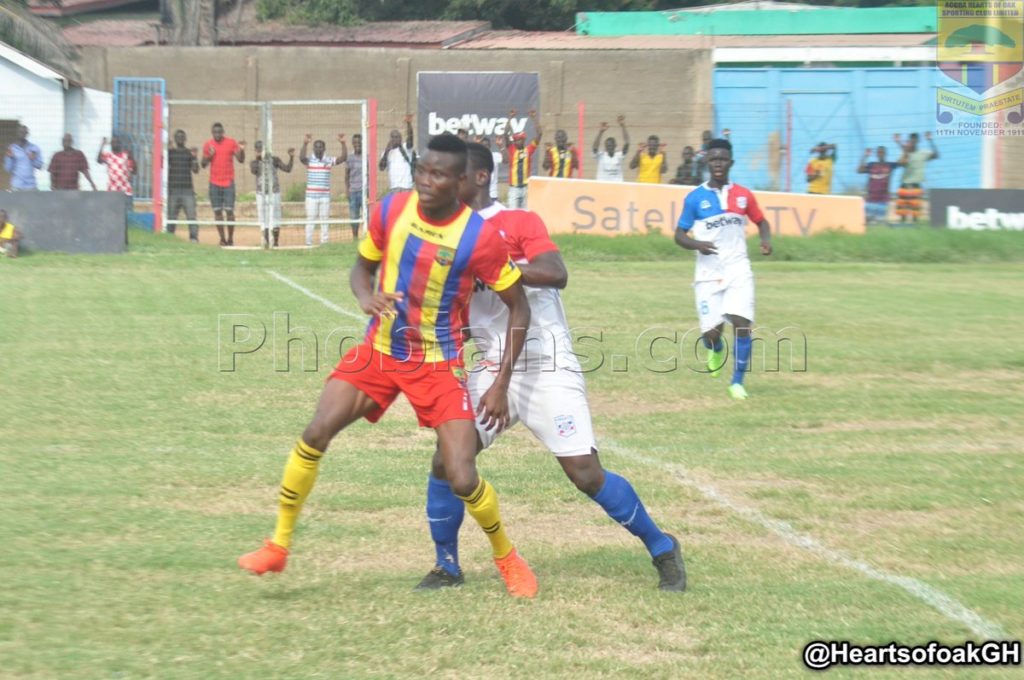 Accra Hearts of Oak continued with their fine form after another win in a friendly game against Liberty Professionals at the Dansoman Carl Reindorf Park.

The Ghanaian giants have been engaged in a series of friendlies to keep their players in shape following the suspension of the domestic topflight league.

Young forward Kojo Obeng has been unstoppable in recent weeks grabbing the opener for Phobians in the 54th minute, with a blast from the edge of the box.

Hearts have been relentless in their bid to rediscover their form, and their performance in the game second half gave an indication of the blueprint laid out for the club.

With ten minutes to end the game, another player on form, Joseph Esso added the second to secure victory for the Rainbow club.

The victory for Acra Hearts of Oak comes on the back of another impressive victory over Bechem United in midweek.