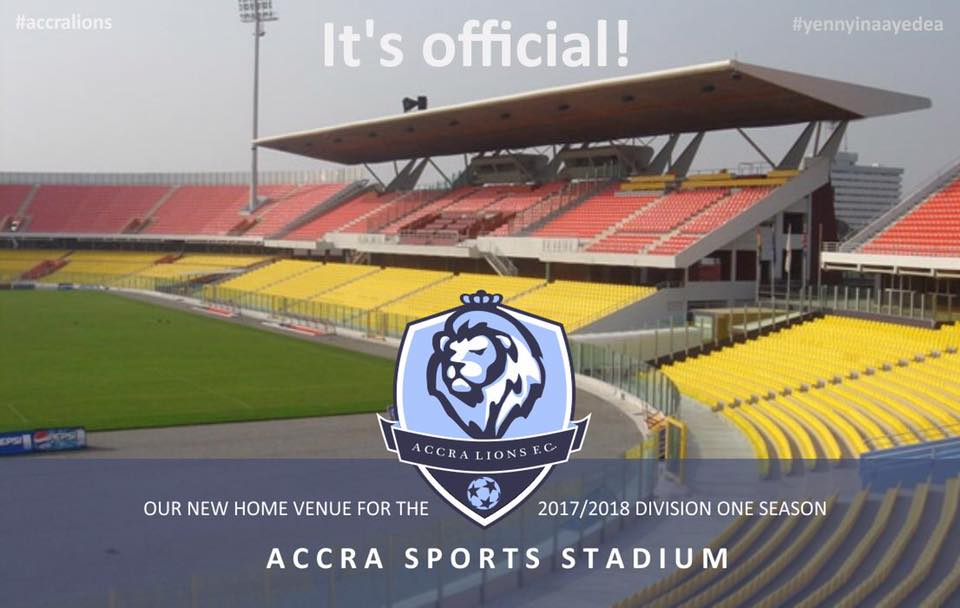 Newly-promoted Division One League side Accra Lions FC have confirmed that Accra Sports Stadium will host their home matches.

During their Greater Accra Division Two League campaign, the club played their home matches at the Presec Park in Legon.

A statement on the club's social media pages read: ''We wish to announce that our home matches for the 2017/18 season of the Division One League will be played at the Accra Sports Stadium.

"Especially for Accra Lions FC fans, we have prepared a list of ten dollar deposit casinos in Canada.

''Management, players and fans are all excited about this decision and we hope to give our best.

''We entreat our football lovers to join our campaign when the season starts.''

Accra Lions FC will become the third club to play at the national stadium after Premier League sides Hearts of Oak and Inter Allies.