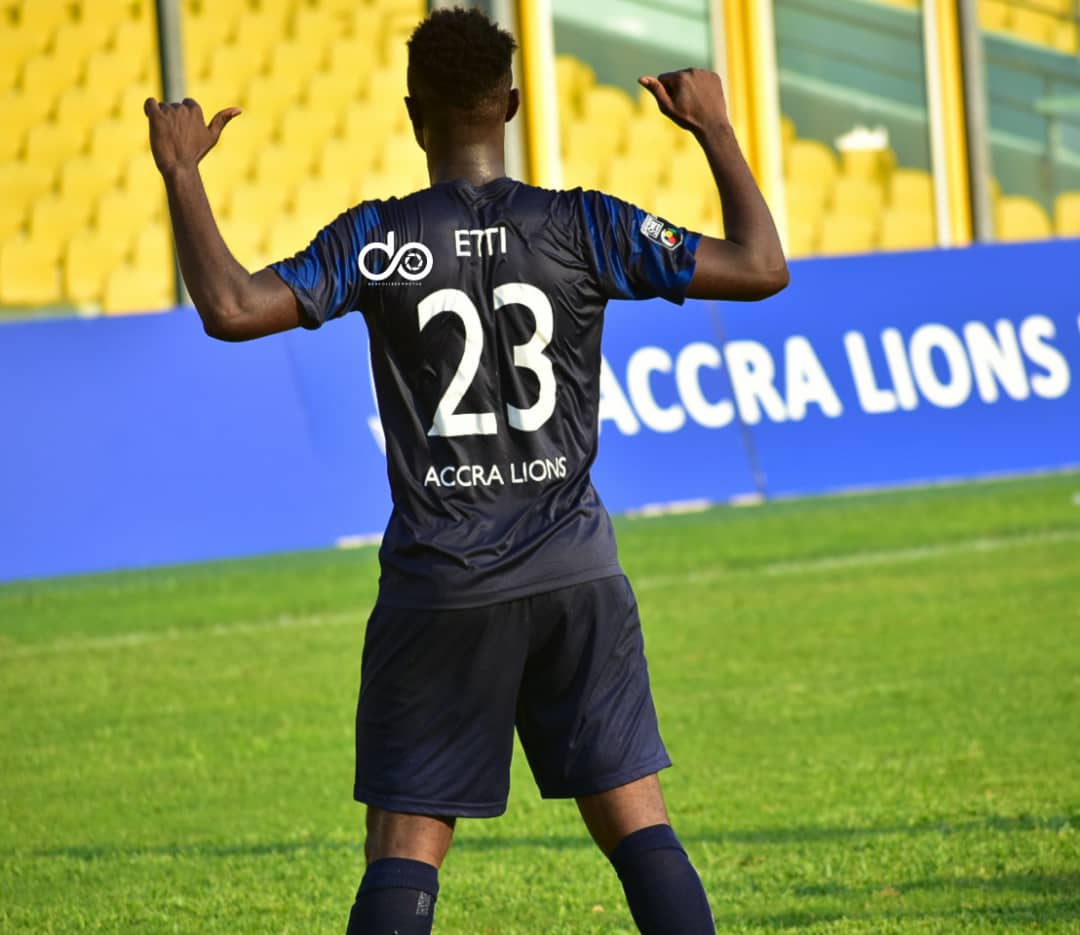 Accra Lions staged a remarkable second-half fightback to secure an incredible 3-2 victory over city rivals Accra City in an exicting opening match in the Division One League on Saturday.

Striker Evan Etti was the hero for the Abokobi-based side as his two goals two in two minutes secured the big turnaround in the second-half.

The home side were left stunned by half-time of the match at the Accra Sports Stadium as they were left trailing by 2-0 thanks to the creativity of the visitors.

But an amazing display of hubris and daring by Etti and Rauf Salifu after the break ensured the that home side rallied from two goals down to seal the win to the delight of fans that thronged the stadium.

The fans were entertained with high quality of football in the opening match of the season of Zone 3 of the Division One League in Ghana.