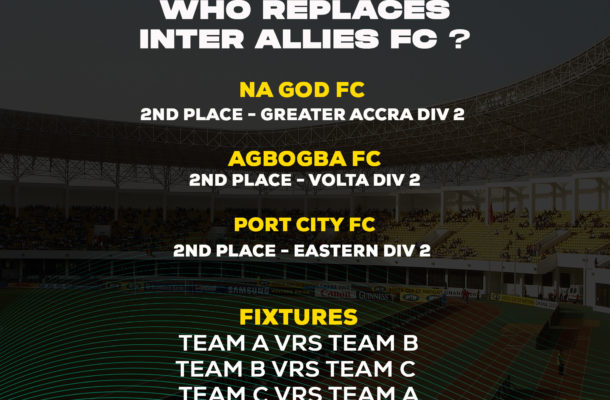 The draw for the three club play offs to determine the replacement for Inter Allies FC will take place on Friday, August 5, 2022 at the Secretariat of the Ghana Football Association.

The Executive Council of the Ghana Football Association (GFA) in the exercise of its power under Article 78 of the GFA Statutes, has resolved that there shall be a play-off between the three second placed clubs of the Regional Second Divisional Leagues in Zone Three with the winner replacing Inter Allies FC in next season’s Division One League - Zone Three.