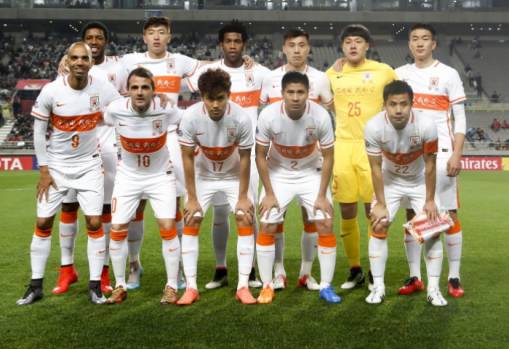 Jinan: Coach Mano Menezes wants a strong all-round performance from Shandong Luneng as the Chinese Super League side prepare to host Sydney FC in the last 16 of the AFC Champions League on Wednesday.

Shandong advanced to the knockout phase for only the second time when they finished second in Group F behind FC Seoul of Korea Republic and above Japan’s Sanfrecce Hiroshima and Buriram United of Thailand.

But with Sydney progressing ahead of and indeed eliminating both defending champions Guangzhou Evergrande and former winners Pohang Steelers on top of Group H, Shandong will know they face strong opposition at Jinan Olympic Sports Centre.

“Sydney qualified from a group that included the reigning champions; it showed how strong they are,” said Brazilian Menezes, who will be unable to call on suspended midfielder Jin Jingdao, but will welcome back from injury three-goal top scorer Diego Tardelli.

“The teams that make the last 16 are well balanced at both ends. You can’t fill 180 minutes with just attacking or defensive football – teams with balance will win in the end.”

After failing to get beyond the group stage of the continental competition at the last six times of asking, Shandong claimed an all-important 1-0 victory over Sanfrecce on Matchday Five to qualify for the knockout phase for the first time since 2005.

“The encounter between us and Sydney won’t have a clear outcome until 180 minutes are done; now I just require them to show their best,” added Menezes.

Sydney, meanwhile, qualified for the last 16 of the continental competition for the first time as they saw off the challenge of the two former winners and Japan’s Urawa Red Diamonds to advance as Group H winners.

After suffering defeat in their opening fixture against Urawa, the A-League side went on to record three successive wins before securing their knockout phase place after a scoreless draw with Urawa.

“We are aware that Shandong are a strong team, but we qualified as group winners so we are confident of a win,” said Sydney coach Graham Arnold.

“We are not just targeting a draw, we came here a few days in advance to settle down with the climate and the weather.”

Sydney are making their second trip to China in two weeks having gone down 1-0 to eliminated Guangzhou at the beginning of May in a tie where both teams’ fate had already been decided.

“It will be 50-50 for both sides, but when it is the second game Shandong may suffer from the long trip so it could be 60-40 as we’ll have more time to rest,” added Arnold.