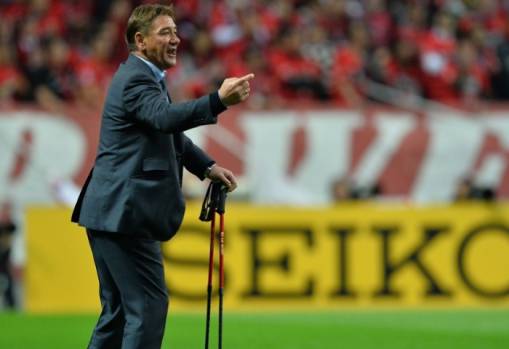 Saitama: Coach Mihailo Petrovic has insisted Urawa Red Diamonds will have to perform well for 180 minutes if they are to overcome the challenge of FC Seoul ahead of the sides’ meeting in the AFC Champions League Round of 16 first leg on Wednesday.

The 2007 winners advanced to the knockout phase of the continental tournament for the first time since defending their title in 2008 by finishing runners-up in Group H behind Sydney FC.

And although Urawa boast a stubborn backline having conceded just four times in six games, they will again need to be at their best at Saitama Stadium ahead of the visit of high-scoring Seoul.

“All teams who have got through the group stage are strong,” said Petrovic, who will be without suspended defender Daisuke Nasu. “FC Seoul is strong and so are we, so it’s going to be a difficult match.”

“It’ll be a tough battle for 180 minutes and we will have to play with a strong heart in order to qualify for the next round.”

Urawa advanced to the last 16 having won just two times in six games, but they go into Wednesday’s clash defending an unbeaten home record.

“It [playing at home first] doesn’t matter because we have to play 180 minutes over two matches to go through. If you can win the first leg 6-0 then you can have a landslide advantage, but I’m not expecting such a big margin,” added Petrovic.

“Seoul is the kind of team we have to face at some stage of the campaign, and we have to beat any opponent to advance in the tournament.”

FC Seoul, meanwhile, were one of the stand-out sides in the group stages and reached the last 16 as Group F winners, scoring a tournament-leading 17 goals.

But after suffering a 2-1 reversal to Sanfrecce Hiroshima on Matchday Six despite having already secured top spot in the standings, the Koreans will be looking to return to winning ways ahead of their second visit to Japan in two weeks.

“The first leg is very important and we want to keep a clean sheet and score a goal,” said Seoul coach Choi Yong-soo. “I hope we can show our brand of football and that can lead us to a good result.”

“Urawa plays with a similar attacking style and formation to Hiroshima, but I think Urawa has more attacking power and quality.”

“We have been well focused and competitive since the start of the season and we are leading the K-League, but I know Urawa will also be competitive. We will have to play with pride as it is a match between Korea and Japan,” added Choi.