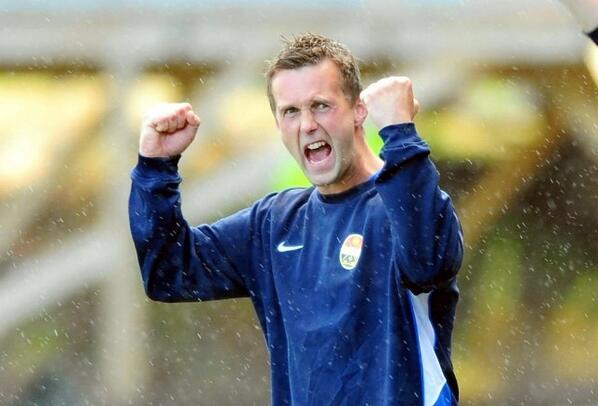 CelticÂ have announced the appointment of Ronny Deila, Â the man who coached Adam Kwarasey at Stromsgodset, as their new manager on a 12-month rolling contract.

The Bhoys have been on the hunt for a boss sinceÂ Neil LennonÂ stood down last month and have turned to the Norwegian 38-year-old.

With Kwarasey's contract running out at the end of the season, Deila could make a move for the Ghana World Cup goalkeeper.

Deila has never managed or played outside of his native land, however, he comes to Scotland on the back of success having led Stromsgodset to a league and cup double last season - the first time the Norweigan side had won theÂ Premier LeagueÂ title in 42 years.

The new Celtic manager told the club's official website: "It is a magnificent honour to be named the new manager of Celtic, one of the worldâ€™s greatfootballÂ clubs and a club I have such enormous respect for.

"I want to deliver the best attacking, exciting and entertaining football we can play, for the players to give their best every time they take to the field of and, of course. I want my players to work with me to achieve the best results possible and bring trophies to Celtic.

â€œCeltic is in great shape and the club has enjoyed real success in recent years due to the hard work of Neil and his team. I want to carry on this work and continue to bring happy times to Celtic. I canâ€™t wait to get started on this journey."