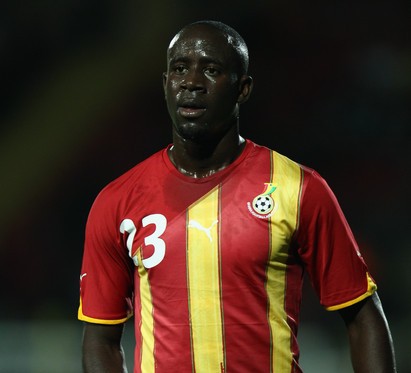 Ghana winger Albert Adomah is in talks with English second-tier side Bristol City after they refused him the opportunity to talk to Fulham.

The 24-year-old has been linked with a Â£3.5 million move to the Craven Cottage in the past but Fulham officials have been told they cannot talk to the attacker.

However, the former Barnet man-who has spent two seasons with the Robins-began talks with the club to allow him talk to Fulham.

Adomah has been linked with a move to English Premier League side Wigan Athletic.