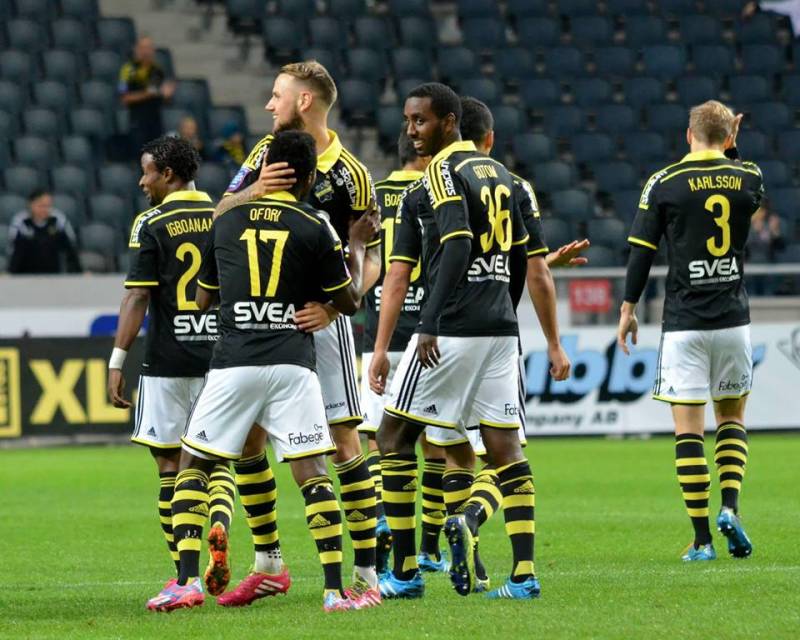 Ofori replaced compatriot Adu Kofi after just 39 minutes as the Stockholm based club were battered 4-1 at the Friends Arena.

AIK were down by three goals after just 30 minutes following a poor start to the game against IFK Norrkoeping.

Simon Thern and Henrik Castegren got the visitors to a flying start before the tenth minutes.

The home side grabbed a consolation in the 88th minute through Henok Goitom.