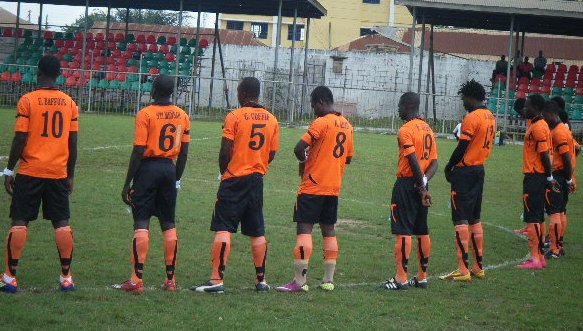 Aduana Stars' campaign in the GHALCA Glo G8 Cup ended on Sunday after losing 2-0 to league champions Berekum Chelsea at the Sunyani Coronation Park on Sunday.

The Blues shot ahead through Niger international Moussa Mohammed on 27 minutes before captain Mohammed Basit added the assurance goal after 80 minutes in the final Group A match.

Chelsea managed to finish on top with seven points and will face a tough assignment against last season's league runners-up AshantiGold on Thursday in the semi-final.

The defeat meant Aduana Stars agonizingly missed out on qualifying to the semi-final on goal difference despite tying on four points apiece with New Edubiase United.

Edubiase snatched the second semis slot by beating Heart of Lions 1-0 at the same venue.

The Bekwai-based side will face Medeama in the last four on Wednesday.