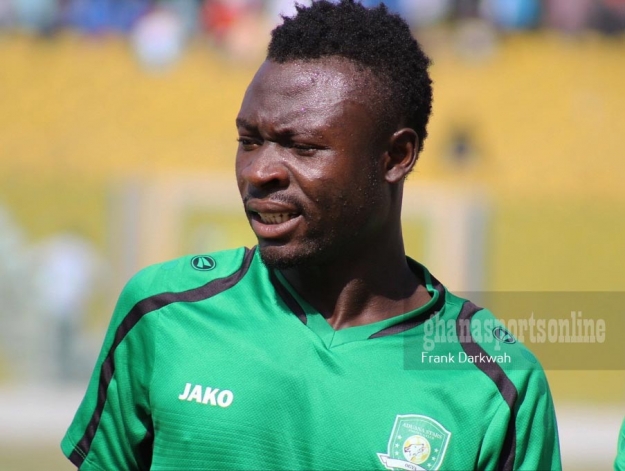 Aduana Stars forward, Bright Adjei has agreed to sign a three-year deal with the Ghana Premier League side .

Earlier reports in the media indicated that Bright Adjei had begun talks with Hearts of Oak and there was a possibility of completing a move.

Bright Adjei confirmed in an interview that he had hold discussions with Hearts of Oak but had to rescind his decision after a call from Osagyefo Nana Agyemang Badu.

“I have agreed to sign three years with Aduana stars after my talks with Osagyefo Nana Agyemang Badu yesterday“, he told Kumasi FM.

“I can confirm I had talks with Hearts of Oak and had almost seal the deal but I couldnt turn Nana's proposal down after talks with him.

“He even sent people to hold talks with my parents. There was no way I could turn his offer down.

”I apologise to the Hearts of Oak management and the numerous fans for disappointing them”, he concluded.