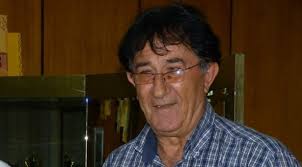 Aduana Starsâ€™ Operations Manager George Gyawu insists there was no intention to disrespect Bechem United over the alleged tapping of coach Milislav Bogdanovic.

The former Ghana Premier League champions are reported to have concluded talks with the Serbian trainer towards becoming their new coach.

Gyawu was spotted in town with Bogdanovic shopping for a new mobile phone â€“ a move that gave away the hint of Aduanaâ€™s interest.

It has now emerged that talks are far advanced to have Bogdanovic fill the vacant coaching role at Aduana.

Bechem United meanwhile have announced the sacking of the coach but says they will take the matter up through litigation.

Gyawu in defending his club however says Aduana were careful not to incur the wrath of the town neighbours in speaking to the coach who was then under contract.

â€œWe really hoped to have kept everything in house until after the weekendâ€™s games,â€ he told Metro FM.

â€œHe remains a coach of Bechem and that is where he is now.

â€œWe were only going to take action on this issue on Monday.