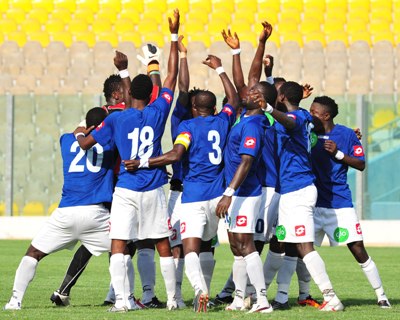 Aduana Stars bounced back to winning with 2-1 success over new-boys Inter Allies at the Agyeman-Badu Park on Sunday.

J E Sarpong's boys looked out of sort but they managed to put two goals behind a resilient Inter Allies side who suffered heir second straight defeat.

Allies were seeking to further deepen the crisis at the camp of the former title-holders and they well carried that ambition into the game but were eventually fell.

Darkwa, a member of the Ghana CHAN squad, produced a silky display in attack after running solo to fire home the opening goal.

Allies levelled to give the home fans a moment of scare but the experienced Emmanuel Akuoko calmed things for the Aduana scoring the match winner.