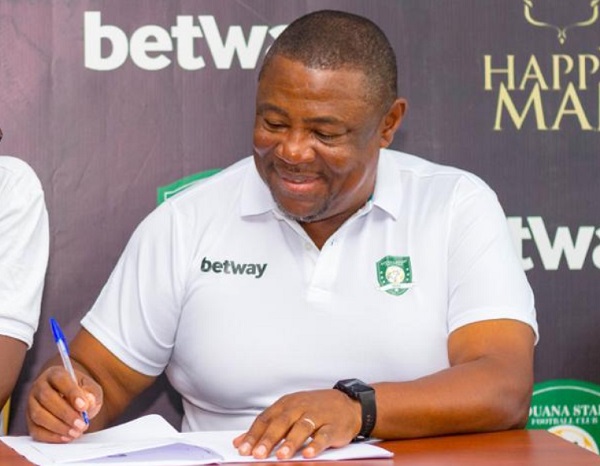 Aduana Stars coach Paa Kwesi Fabin says he does not fear for his job after his side recorded their first win of the season.

The experienced gaffer was in the dugout as the Fire Club beat Hearts of Oak 2-0 in an outstanding Premier League fixture on Wednesday.

Striker Yahaya Mohammed and midfielder Prince Acquah scored a goal in each half to condemn the Phobians to their first defeat of the season.

However, when asked in the press conference after the match with Hearts of Oak if he feared the sack.

“There is pressure everywhere. In coaching, if you are afraid of pressure then you shouldn’t venture at all because anytime there is pressure. Even if you win you will have people to criticize,"

“So at the time things were not going as expected I wasn’t under pressure. I told my players at training, I have coach to certain level that I don’t fear sack. If you ask me to leave today I won’t waste time to relinquish my position.

“I won’t be like Offei Ansah to die on the touchline."