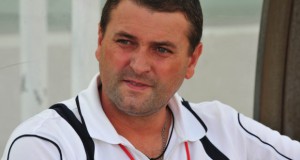 Aduana Stars have confirmed the departure of coach Cioaba Aristica.

The Romanian guided the side to a second-placed finish at the end of last season.

The European wants to further his coaching certificate and has hence decided to quit the Dorma-based side.

"He wants to undertake his pro licence certificate and so he has left the club," he confirmed

"The course starts between January-March and those are the peak period of the league.

"Every coach has an ambition and targets and so we have no issue at all.

"We'll hold a meeting to decide the technical direction of the club.