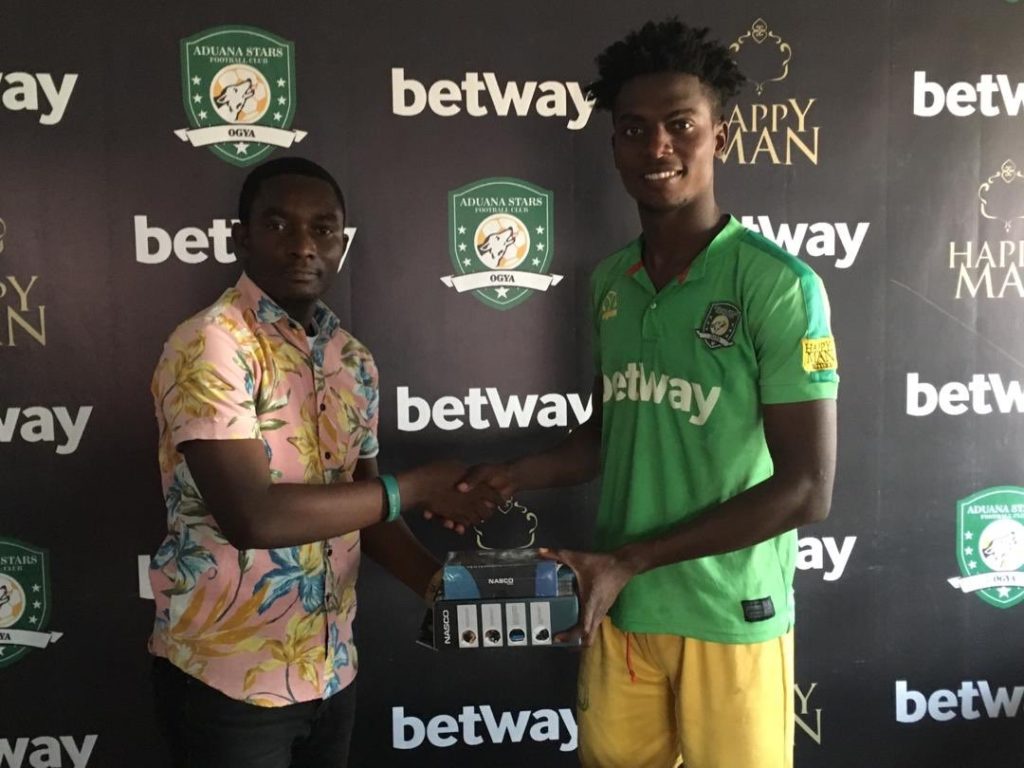 The 22 year old defender, won the Nasco Man of the Match prize when Aduana beat Medeama SC in Dormaa.

The Ghana Under 23 player has been one of Aduana Stars FC's key players in their Premier League title charge throughout the 2019-20 campaign.

Caleb has played every Premier League match for Aduana Stars this season and conceded only 3 goals in 7 matches and tops the league log.

Last year, Amankwah Caleb's form was undeniable as he got called for the Local Black Stars team and the Ghana Under 23 team in the same week.

Aduana FC face Abusua Dwarfs at Cape Coast on Wednesday, needing a win to maintain the top spot of the league.