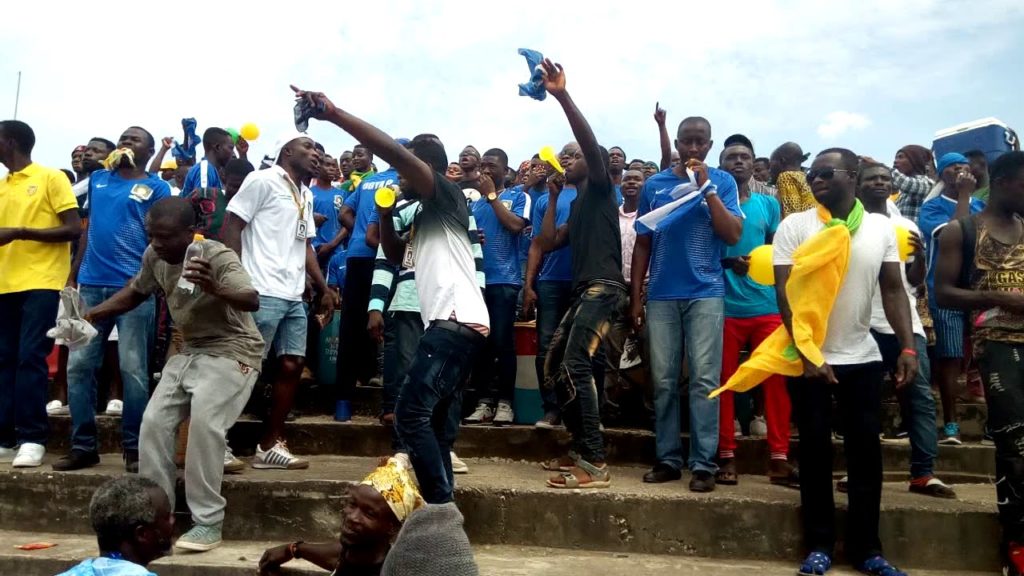 Fans of Aduana Stars held referee Emmanuel Eshun and his assistants hostage after their draw with Aduana Stars at the Nana Agyeman Badu Park.

Supporters of the home side descended on referee Eshun after the final whistle was blown following what they claim to be unfair officiating.

Police had to run to protect the referee and his assistant but the crowd were indignant with the security personnel needing to call for a back up.

The game between the Ogya Boys and Medeama ended in a 1-1 draw at the Nana Agyeman Badu park.

The visitors drew the first blood in the 10th minute through forward Touissant Dedy Kalibo who got his second goal in four days.

Aduana Stars' second half dominance made little impact on the scoreline since their attack was ineffective whereas Medeama SC were superior tactically.