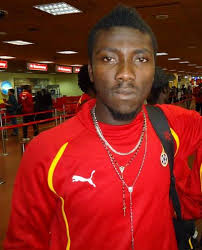 Chief Executive of Aduana Stars Albert Commey says the club will not stand in the way of goalkeeper Stephen Adams if he decides to move on.

The 24-year-old was one of the stellar performers of the Black Stars team at the recently ended CHAN tournament in South Africa.

Adams was one of the reasons for Ghanaâ€™s impressive second place finish at the championships.

The Black Stars relied heavily on the shot-stopper to send them all the way through to the grand finale where Ghana lost on penalties to Libya.

Adamsâ€™ impressive campaign with the Black Stars at the CHAN tournament has alerted several foreign clubs of his immense quality.

These clubs could make a move for the Ghanaian shot-stopper when the transfer market opens in a few months time â€“ which means Aduana Stars stand to lose one of their most influential players.

But the club says it will not hesitate to let Adams go once the right offer is made.

â€œAduana is not a club that will like to stand in the way of a player who wants to leave,â€ Commey told GHANAsoccernet.com.

â€œIf the player wants to leave and we think it will be good for the player and the club in terms of the offer made, then I think we will have no choice but to let him go.

â€œHe [Adams] has been a loyal servant of this club and if it is his wish that he wants to move on after his impressive display at the CHAN then we will not stand in his way.â€

Adams made Ghanaâ€™s provisional squad for the last World Cup four years ago in South Africa but missed out when the final cut was made.

His recent heroics at the CHAN tournament have seen many clamour his inclusion to Ghanaâ€™s squad for the 2014 World Cup in Brazil.