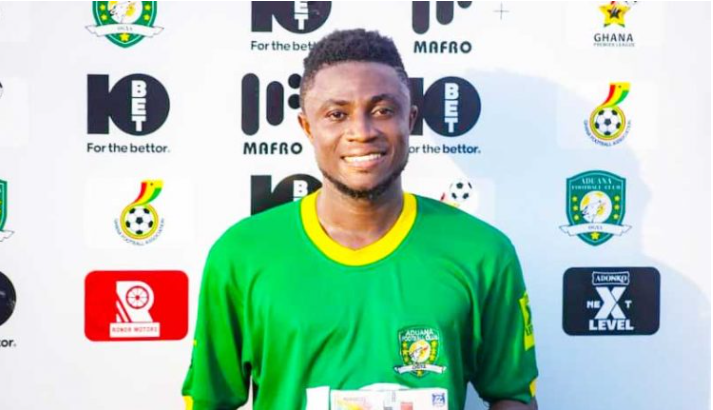 Aduana Stars winger Emmanuel Gyamfi has attributed his impressive form this season to a good pre-season.

Gyamfi has scored four goals, including a brace last weekend as Aduana Stars thrashed WAFA 3-0 in Dormaa to move into the top four.

He joined Aduana Stars after parting ways with Kotoko who decided not to extend Gyamfi's contract, a surprise decision because the attacker was one of their best players last season.

Gyamfi captained the team in most games as substantive captain Felix Annan warned the bench and he barely put a foot wrong.

“I had a very good pre-season with Aduana and I think that is helping me much because I think I didn’t start well last season and that was because of the preseason I didn’t get,” he said.

Gyamfi furthered how limited pressure at Aduana as compared to former club Asante Kotoko has made settling down quicker for him.

“The pressure there [Asante Kotoko] is not as the same here. You could see numerous supporters of Kotoko during games as compared to Aduana who are a bit limited and they have given me the maximum support too which has motivated me a lot.”