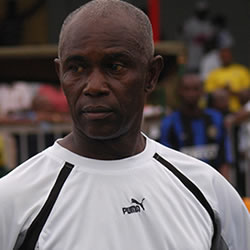 Coach Herbert Addo is set to leave former league champions Aduana Stars after the club declared they will not stand in his way if he decides to move on.

The ex-Hearts of Oak and Asante Kotoko trainer has been playing ''hide-and-seek'' with the club, heightening speculations about his unwillingness to extend his deal with the club.

The Dorma-Ahenkro based side says they will allow him to go.

"We had a two-year contract with him and so if he says he wonâ€™t extend, there is nothing we can do," an insider told GHANAsoccernet.com.

"You can't force him to renew his contract. There were few issues and we were hoping to sort them out but unfortunately any attempt to get the coach has proved futile and therefore weâ€™ll have no choice at all."