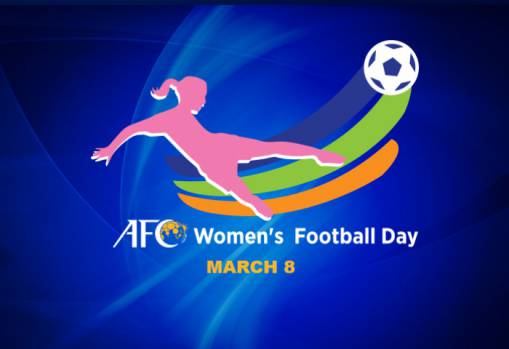 Kuala Lumpur: Girls and women across Asia will take to the football pitch on Tuesday to mark the annual AFC Women’s Football Day.

AFC Member Associations unite in celebration of women’s football on March 8, the AFC Women’s Football Day, which coincides with the International Women’s Day, with grassroots activities taking place all over the continent.

AFC President Shaikh Salman bin Ebrahim al Khalifa said: “We are proud of our women’s football record in Asia: five of the world’s top twenty women’s football teams are Asian and the numbers of women and girls taking up football keep growing. Running football on the world’s most populous continent, the AFC has for a long time understood the huge growth potential women’s football has.”

Moya Dodd, AFC Executive Committee Member and Chairwoman of the AFC Women’s Football Committee added: “There's plenty of success to celebrate this AFC Women’s Football Day. Our five teams in the FIFA Women's World Cup all did well, and the Olympic qualifying tournament underway in Osaka shows the quality that is continuing to develop in Asia.

“The passage of the reforms through the FIFA Congress last month will also give new impetus to women in football, with Asia to be given its own women's seat on the new FIFA Council, and the development of the women's game and the inclusion of women in football governance being elevated to FIFA statutory objectives.

“For all the women and girls in Asia who share our passion for the world game, we wish you a happy AFC Women’s Football Day and International Women’s Day.”

This year 29 Member Associations, from Bhutan to Guam, from IR Iran and Singapore to the United Arab Emirates are marking the AFC Women’s Football Day with festivals, tournaments, workshops skills clinics and seminars involving children, adults and veterans, professional footballers, NGOs and ministers.