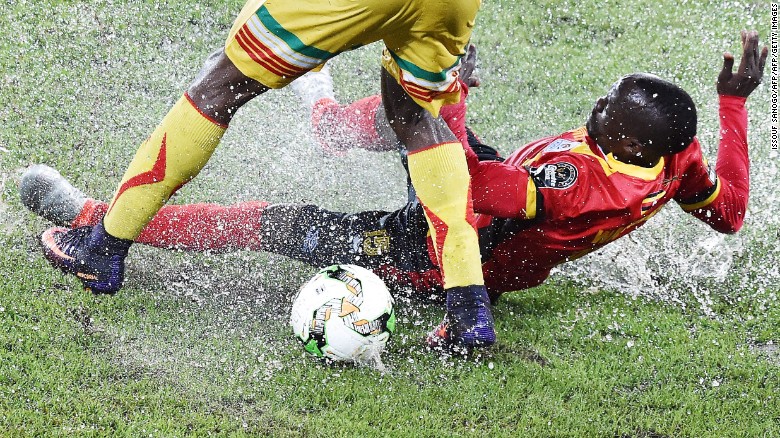 (CNN)It never rains for Mali, but it pours.

Two years ago, the Eagles exited the Africa Cup of Nations in the cruelest fashion possible.

Undefeated after its three group games, Mali's fate was decided with the drawing of lots after finishing with exactly the same record as Guinea.

The president of Mali's football association, Boubacar Diarra, chose the ball that placed the Eagles third in the group, while Amara Dabo, financial director of Guinea's sports ministry, was his country's unlikely hero. 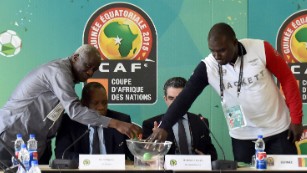 Now, on a sodden night in Oyem, Mali's fate was again out of its hands but the potential scenario of drawing of lots loomed again.

Should the Eagles have beaten Uganda by the same scoreline as Ghana beat Egypt, their fortune would again have been in the hands of the footballing gods.

A pre-match downpour of biblical proportions left large parts of the pitch saturated and many questioned whether the match would go ahead at all.

After a thorough inspection, referee Ali Lemghaifry deemed the surface playable but it was immediately apparent the conditions wouldn't allow for a spectacle.

READ: Algeria and Zimbabwe crash out

READ: The Ugandan 'Cranes' that pleased a murderous dictator

That Uganda's stand-in keeper Robert Odongkara changing his gloves after 10 minutes was the main talking point in the first half was an indictment of the lack of quality on display.

Mali captain Yacouba Sylla had a long-range effort that whistled over the crossbar and, at the other end, Luwagga Kizito was only denied a clear goalscoring opportunity after the ball held up in a deep puddle.

The second half meandered along in much the same fashion, with neither side able to execute any semblance of a gameplan as the still-waterlogged pitch proved impossible to master.

With 20 minutes left to play, Uganda thought it had found the opener but Tony Mawejje's deflected strike was correctly ruled out for offside.

However, with their tails up, it wasn't long before the Cranes found the breakthrough -- and with it came a piece of history.

Uganda's teenage star Farouk Miya exchanged neat passes with Denis Iguma on the edge of the box, before rifling a half-volley past Oumar Sissoko into the top corner.

That goal was Uganda's first at an Africa Cup of Nations since it last qualified in 1978.

But just as the Cranes started to dream of a first win in 39 years, Mali promptly extinguished those hopes.

Four minutes later, Yves Bissouma stepped up and hit a swerving free-kick from 30 yards that left Odongkara -- in to replace injured domestic African Player of the Year Denis Onyango -- rooted to the spot.

The players continued to plod through the mud and Kalifa Coulibaly had one final half-chance to give Mali victory, but could only volley his effort high into the empty stands.

Even if he had scored, it wouldn't have mattered but events elsewhere did at least mean Mali could take consolation in the fact matters were this time decided on the pitch.