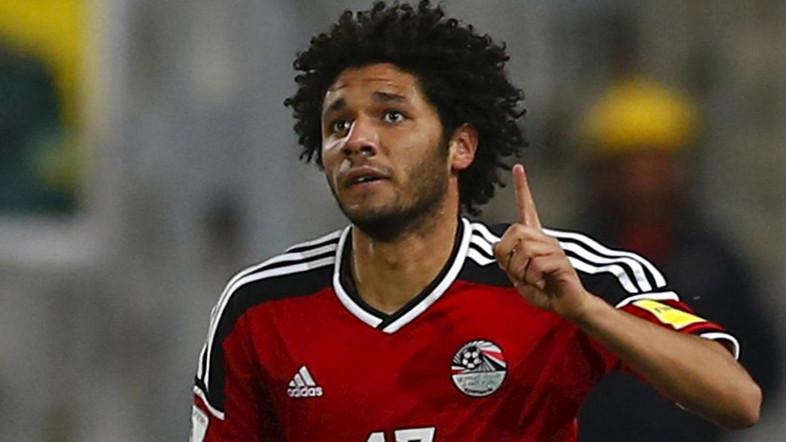 Egypt's Mohamed El-Nenny celebrates after scoring a goal during their 2018 World Cup qualifying soccer match agaist Chad at Borg El Arab "Army Stadium" in the Mediterranean city of Alexandria, north of Cairo, Egypt, November 17, 2015. Spectators will be watching the match after receiving approval from security for the first time in a long time. REUTERS/Amr Abdallah Dalsh - RTS7LHK
Share

Egypt still have a better chance of qualifying to the quaryer fianks of the 2017 Afcon despite a disappointing start to the tournament.

The seven-time Africa champions drew goalless in a disappointing game with the Eagles of Mali, dropping two point and lying third in the group bit Elnany insists the Pharaohs will make it.

“We played a good game against a tough opponent,” Elneny told beIN Sports after the game.

“We were really surprised with how good they are in terms of defensive organisation. They knew how to stop our key players.

“There are two matches remaining in the group and we have a good chance to qualify,” he added.

Egypt will battle it out with the Cranes of Uganda in the next group game on Saturday to redefine their status in the tournament.