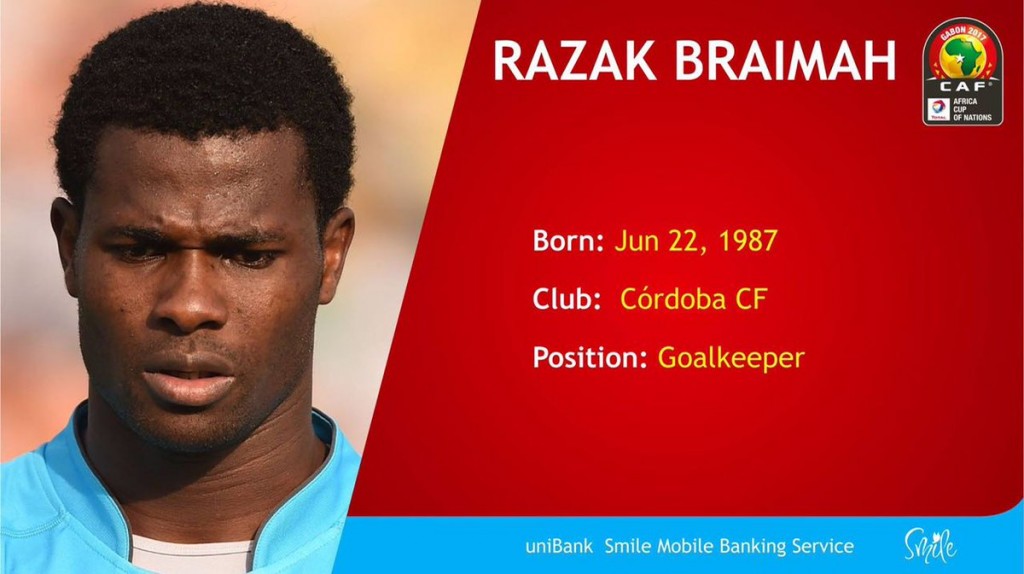 Despite being overly criticized for his silence and dullness in goal, Razak Brimah is yet to concede an AFCON goal in 360 minutes.

The Cordoba shot stopper made history by keeping a clean sheet after the Black Stars’ solitary win over the Cranes of Uganda at the 2017 Afcon on Tuesday.

This means the roly-poly goalie has kept four clean sheets in the AFCON for the Black Stars.

The last time Razak conceded was at the group stage of the 2015 Afcon in the last group game against South Africa, a game Ghana won 2-1.

The giant goalie topped it up with another clean sheet against The Cranes of Uganda on Tuesday in the 2017 Afcon despite many criticisms that he was dull in the game.

Razak however did not face a tough test against Uganda on Tuesday.