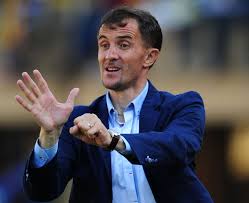 Uganda coach Micho insists the Cranes must overcome the 1-0 defeat suffered in the hands of Ghana in their opening group game at the 2017 Afcon to best Egypt on Saturday if they are to make it out of the group.

Micho cited stage freight among the many reasons for the dismal first half performance against Ghana Black Stars at the Stade De Port Gentil.

“We have worked hard on every aspect of the game but stage freight is natural. We have overcome that and players have quickly recovered.”

The Serbian trainer wants his players to continue with the spirited second half performance from the Ghana match for the Pharaoh’s encounter.

The Cranes will have to reignite their hopes of making it to the quarter finals of the Afcon by beating the seven-time Africa champions, a task which will not come easy.

Egypt drew goalless with Mali in their opening group game and are expecting to crumble the Cranes on Saturday.