“Uganda was the first country in Africa that I worked in and your first love stays with you forever,” sighs Milutin Sredojevic – known as “Micho”. “I love and respect the country and feel it is a part of me.”

As international coaches go, it’s fair to say the man who has taken Uganda to their first Africa Cup of Nations finals since 1978 takes his job very seriously. On Tuesday the Cranes face Ghana in a rematch of their 2-0 defeat against the Black Stars in the final nearly 40 years ago as they attempt to qualify from a group that also includes Mali and the seven-times winners Egypt with a squad that is almost totally comprised of players from clubs in Africa. 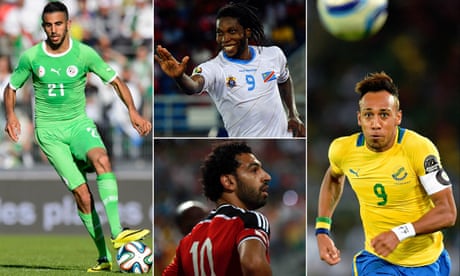 But Micho, who originally moved to Uganda in 2001 to take over at Kampala-based Villa SC before spending two years in charge of Rwanda, may just be their secret weapon. “One time I went to his home and he had this room set up that looked like he was strategising for a war,” remembers Joseph Owino, a Ugandan journalist and businessman who runs the Kawowo sports website. “There were all sorts of charts and graphs everywhere – at one point I was wondering to myself, ‘does this guy ever sleep?’ This was way before the qualification so he has been working on this project for a long time.”

Micho’s abrasive approach is certainly getting under some people’s skins. Spotted by his opposite number, Avram Grant, in the stands at Ghana’s final warm-up match last week in Dubai against Bunyodkor from Uzbekistan, the former Chelsea manager could not resist a dig at an opponent he has faced three times in the last three years. “You claim to know everything about my team so why did you come to spy on us again?” taunted Grant in his post-match press conference.

“I never claimed I know all about & never seen your team live play except direct match it’s total nonsense u call it again spying,” Micho shot back a few hours later via his often-entertaining Twitter account. “He had all his life everything served on silver plate (new analyst) I didn’t spy I just gave prof[essional] respect to my sport opponents.”

Micho has yet to taste defeat against Ghana after Uganda followed up a win and a draw in qualification for the 2015 Afcon with a 0-0 away draw in World Cup qualifying in October, and the 47-year-old has every reason to feel confident of repeating the trick in Port Gentil. But despite being treated as a hero in Kampala after a series of near-misses culminated with sealing qualification against Comoros in September, Micho came close to walking away a few weeks later due to a row over $60,000 of unpaid wages. This was resolved only in November amid speculation South Africa were attempting to lure him away.

“Even today,” says the man who owned every Bee Gees album when he was growing up in the Yugoslavian (now Serbian) village of Prokuplje says, “the work I am doing is staying alive. When you have a clear vision and strategy like I had for the country with the support I’ve had from the president of the Ugandan FA, Moses Magago, then nothing is impossible and everything is possible.”

In a country with severely limited resources, Micho not only acts as coach but performs several other roles, including scouting, fitness and even occasionally offering his players counselling. “His nature has helped to push things through in a country that doesn’t have blueprints for the future,” says Owino. “He’s very outspoken and always ready for a fight – itching for it sometimes. He’s happy to take on the government and the press. But I think he really needs that to keep up the energy levels. You need that kind of person for a country where football is not yet fully developed.”

A 3-1 defeat against the tournament favourites, Ivory Coast, in their final warm-up game in Abu Dhabi in a match that was watched by thousands of Ugandans who live in the United Arab Emirates may have dampened expectations slightly among Cranes’ supporters, although a healthy blend of experienced hands and rising stars promise to be no pushovers. Much will rely on the goalkeeper, Denis Onyango, who was voted CAF’s Player of the Year based in Africa after his exploits helped South Africans Mamelodi Sundowns to their Champions League title last year. But he was surprisingly overlooked in the Ugandan FA’s player-of-the-year award, a decision that hinted at some of the issues behind the scenes.

Further forward, the Standard Liège forward Farouk Miya will be expected to provide the inspiration again after his goal sealed qualification. Only 21, he is already approaching 40 caps and tipped as the first Ugandan to make the jump to one of Europe’s biggest leagues, along with Luwagga Kizito, who is at Portugal’s Rio Ave. “Ugandan players are just unfortunate that they have not been spotted so far,” insists Micho. “Given time and a real chance then they have all the qualities needed to play for some of Europe’s biggest clubs.”

Owino adds: “There was a lot of excitement when Miya moved to Belgium so you can imagine what it would be like if that happened. We’ve had players go to some European countries like Sweden in the past but not being able to progress.”

There is also a tragic element to Uganda’s story in Gabon. Just after Christmas, the defender Murshid Juuko’s wife gave birth to triplets but received the news that all three had died as he was about to set off for the team’s training camp. But in a country where President Yoweri Kaguta Museveni celebrated his 30th anniversary in power this month amid accusations that he rigged last year’s election, their presence at the tournament will provide a timely distraction.

“The national team is the single unifying factor in Uganda, cutting across political and religious divides. It’s the only thing that will bring people together,” says Owino. “We are a nation that is divided by religion and politics. The moment the national team plays, every single person is behind them.”

Around 3,000 Cranes fans are expected to attend Tuesday’s game, with millions watching back home to see if the team can emulate the class of 1978 and go all the way to the final in Libreville.

“Life in Uganda is not easy and problems are a part of peoples’ lives,” admits Micho. “We are trying our best to make all of them happy, proud and with a sense of identity and belonging.” With his enthusiasm, they are guaranteed that at the very least.