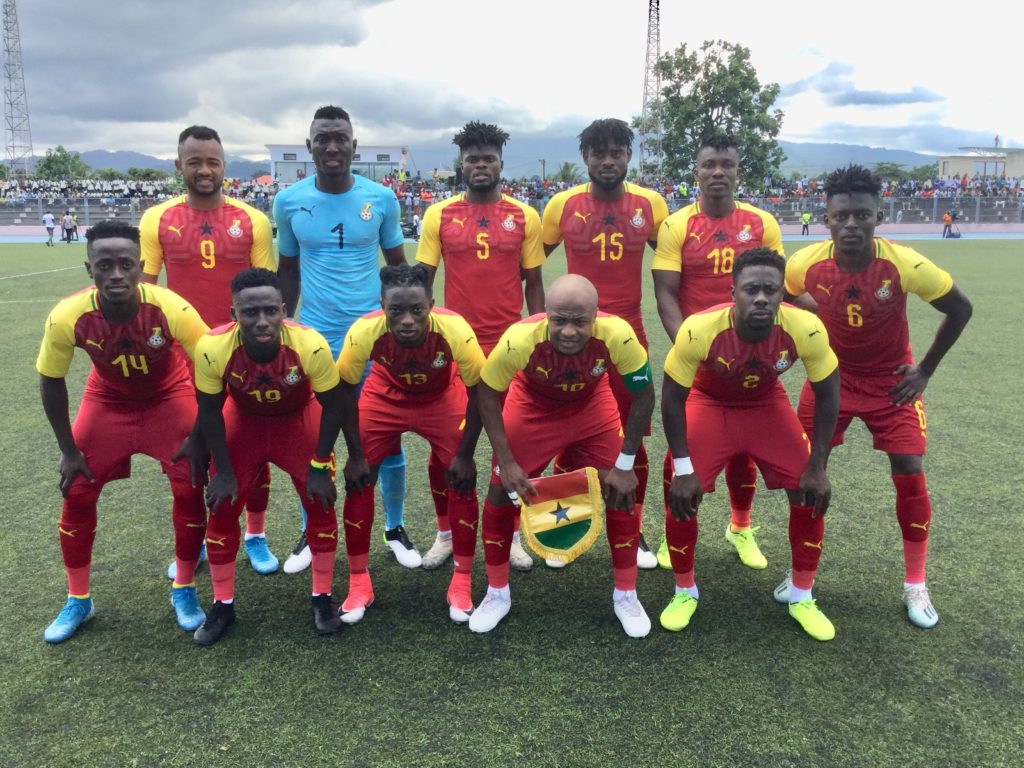 The Black Stars have landed safely in Ghana after beating São Tomé and Principe 1-0 in the second Group C game of the 2021 Africa Cup of Nations qualifier on Monday.

The team left their hotel and headed straight to airport just hours after the game to return to Ghana. They arrived at the Kotoka International Airport few hours later.

Black Stars sit at the top of Group C with six points, three more than Sudan and South Africa who are second and third respectively. São Tomé and Príncipe are last with no point.