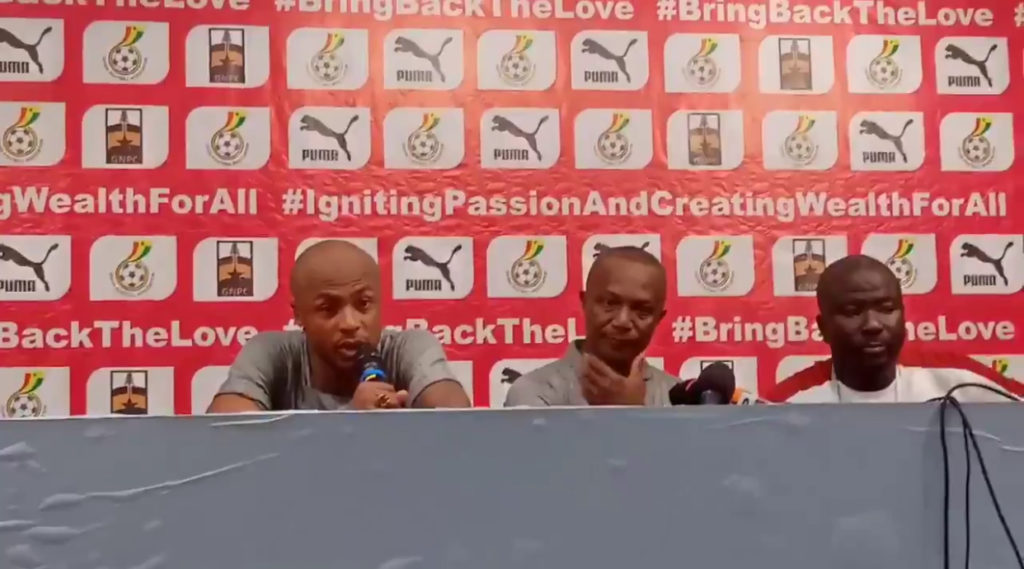 Ghana captain Andre Ayew has called on the Police to forgive Awal Sulaiman, the man who invaded the pitch during the Black Stars 2-0 win over South Africa at the Cape Coast Stadium on Thursday.

Sulaiman, a 25-year old nursing graduate is currently in the custody of Cape Coast Police and is set to be arraigned before court on Monday.

Several Ghanaians have taken to social media to plead on behalf of the pitch invader but the Police are yet to soften their stance on the matter.

According to media reports, attempt by the Sulaiman's family to get him out of the grips of the Police have proven futile.

And the Swansea City forward has joined the masses in urging the Police to tamper justice with mercy by releasing Sulaiman.

The Black are currently training in Accra ahead of their trip to Sao Tome and Principe on Sunday for the second game of the 2021 AFCON Qualifiers.

Watch Sulaiman on the Cape Coast Sports Stadium pitch during the Ghana-South Africa game below;