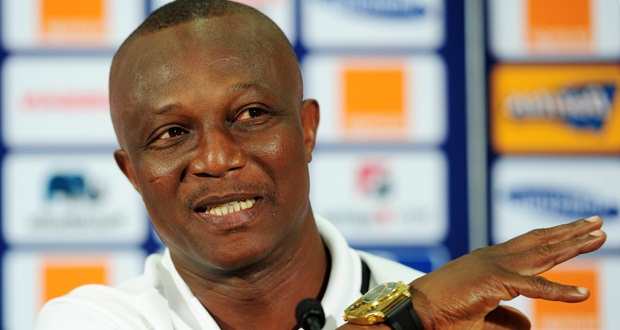 Ghana coach Kwesi Appiah has praised the tactical disposition of São Tomé and Principe during their 1-0 defeat against the Black Stars in the 2021 Africa Cup of Nations qualifier on Monday.

Ghana inflicted a 1-0 defeat on São Tomé courtesy a second half Jordan Ayew’s penalty to move atop of Group C with 6 points.

The Black Stars found it very difficult to break their opponents due to the narrow tactics used by the Falcons in the game.

Speaking after the game, coach Appiah commended the performance of São Tomé and Príncipe but claimed Black Stars players were not impressed with the nature of the astroturf at Estádio Nacional 12 de Julho.

“Even though we won, I think the São To team played well, tactically. Anytime they lost the ball, they all came behind the ball and wherever the ball went, they made sure they had a lot of people there and playing against a team with six [at the] back is always difficult,” Appiah said.

He added; “...the pitch as well; the players were complaining about the controls and running [which were difficult] but on a whole, I think we did well. We had most of the possession but sometimes we missed a lot of chances that we could have scored.”