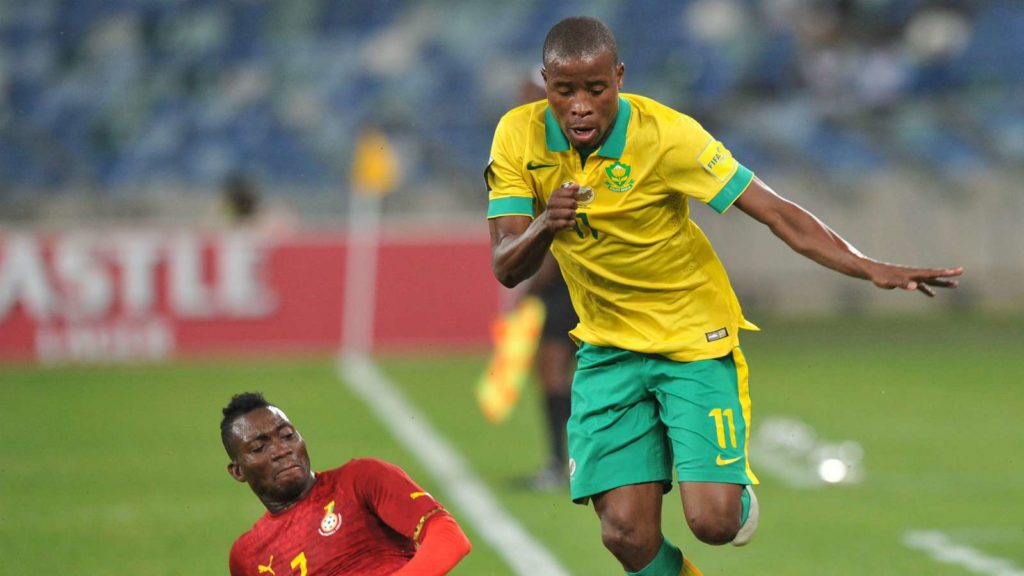 South Africa's clash with Ghana is one of the most eagerly anticipated 2021 Africa Cup of Nations (Afcon) qualifiers.

The opening Group C match between the two former African champions is scheduled to take place at Cape Coast Stadium in Ghana on Thursday.

Goal takes a look at the history between Bafana Bafana and the Black Stars:

Their first match was in November 1994 with Bafana defeating Ghana 2-1 in the Four Nations Cup in Pretoria.

The next encounter ended in a 3-0 win in favour of Bafana in the 1996 Afcon semi-final with John Moshoeu grabbing a brace and Shaun Bartlett scoring the other goal in Johannesburg.

The two teams then drew 0-0 in the 1996 Four Nations Cup which was also known as the Simba Cup in Pretoria.

Bafana continued their dominance over the Black Stars by winning 1-0 in the 2000 Afcon quarter-final match courtesy of Siyabonga Nomvethe's goal in Kumasi.

A goalless stalemate then followed in the 2002 Afcon Group B match in Mali and Ghana finally recorded their maiden win over Bafana in June 2004.

Three goals by Sulley Muntari and Stephen Appiah (brace) inspired the Black Stars to a famous 3-0 win over South Africa in the 2006 Fifa World Cup qualifier in Kumasi.

The West African giants then travelled to Johannesburg in another World Cup qualifier a year later and they brushed aside Bafana 2-0 with Matthew Amoah and Michael Essien scoring.

However, Bafana got their revenge in a friendly match which they won 2-1 courtesy of goals from Benni McCarthy and Bernard Parker, while Yaw Antwi netted for the visitors in Bloemfontein in October 2008.

Katlego Mphela was the hero when he scored the only goal of the friendly match which Bafana won 1-0 against Ghana in Johannesburg in August 2010.

The Black Stars got their third win over Bafana in the 2015 Afcon Group C match when John Boye and Andre Ayew netted to hand Ghana a 2-1 victory with Mandla Masango scoring for the Southern Africans in Equatorial Guinea.

Then the two teams drew 1-1 in a friendly game with Mubarak Wakaso opening the scoring for Ghana, while Bafana midfielder Ayanda Patosi equalised in Durban.

The last meeting ended in a 0-0 stalemate in June ahead of the 2019 Afcon finals, but the match was categorised as a practice game.

This will be the 12th meeting between the two African giants with Bafana having beaten the Black Stars five times and lost on three occasions, with three matches drawn.

Six of their 11 matches were competitive and Ghana have the upper hand having recorded three wins compared to Bafana's two victories, while one game ended in a stalemate.

The Black Stars ran out 2-1 winners at the 2015 Afcon finals and it remains their last competitive match and Kwesi Appiah's men will be confident of securing a win over Bafana at home.

However, South Africa will be looking to take inspiration from the 2000 Afcon match against the Black Stars which Bafana won 1-0 in the Ghanaian city of Kumasi.