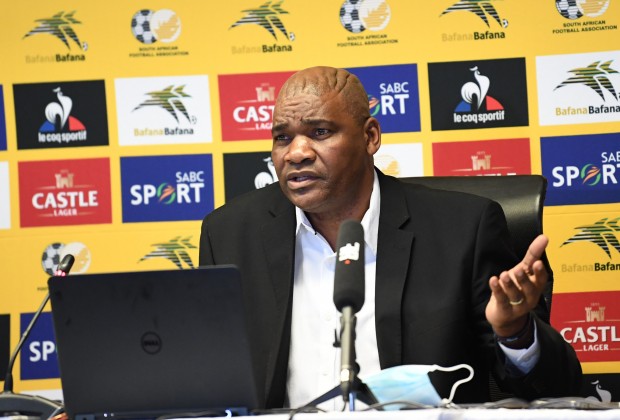 South Africa could lose U.K-based players Percy Tau and Bongani Zungu ahead of the AFCON qualifier against Ghana later this month.

The two could be prevented from traveling to South Africa for the match following the outbreak of the new COVID-19 variant.

According to new rules, players who travel to countries with the new variant will spend ten days in quarantine after returning from international assignments.

Meanwhile, FIFA has also given clubs the power to prevent players from traveling for national team football.

“FIFA issued a circular that clubs can decide whether or not they will allow their players to leave for international duty due to Covid. I had spoken to all overseas-based players to assess the situation and we had agreed to revisit their concerns after the call-up letters were issued,” Ntseki told the Siya crew.

“Most of them did not have concerns, except for Dean because his club has said they can’t release him. It think is it also due to their fixture congestion.

“Percy and Bongani are meeting with their respective clubs tomorrow and I will then engage with the players so that if we make any other arrangements, they’ve given us the go-ahead. If the issue is coming to SA, we can always compromise having them here for the Ghana game and then only meet up in Sudan for the second match,” the coach explained.

“The issue is that SA is in the red zone, but Sudan isn’t and they can then go back to the UK from Sudan. But that decision will be taken by the club and we will have to negotiate with them regarding any plans. We can possibly have 23 players for the Ghana game and then the full quota in Sudan.”