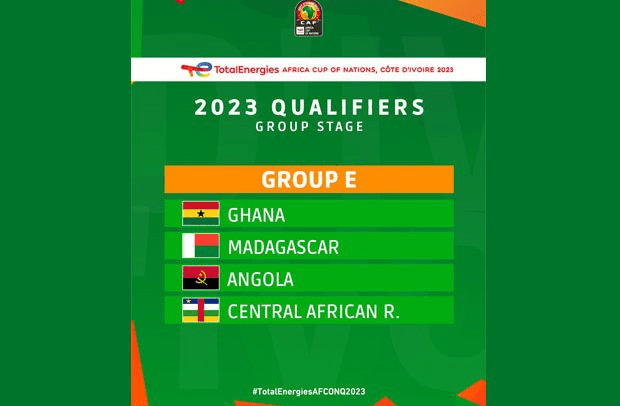 There is a little more optimism in Ghana football at the moment, following their successful World Cup qualification campaign, but the memory of the 2021 AFCON failure will take a while to fade.

Lapses in concentration during that tournament cost them dearly, as they conceded crucial goals in the last seven minutes against Morocco, Gabon and, notoriously, Comoros, to finish bottom of their Group and suffer a humiliating early exit from the competition.

But as four-time winners and five-time runners-up at AFCON, any team from Ghana will always have the respect of fans and pundits, and with soccer being the most popular betting market betting fans will also be keenly interested in how well Ghana are playing. The good news for Ghana supporters is that there are clear signs of improvement under new head coach Otto Addo.

Two months after the AFCON 2021 humiliation, Ghana took the field for a crucial World Cup qualifier against Nigeria; a winner-takes-all contest for which the Black Stars were considered underdogs. They held the Super Eagles to a goalless draw at home in the first leg, and then scored a crucial away goal in the second leg through Thomas Partey to qualify for Qatar.

And, on paper at least, they’ve been given a relatively straightforward qualifying section to navigate. There’s a full schedule you can see here but all three of their opponents are ranked outside the top 100 according to FIFA, while Ghana are not likely to remain in their current lowly ranking of 60 for long.

As a result, Ghana will be heavy favourites to advance and win the group, but the Black Stars will ideally want to win all three games at home to avoid any extra pressure in their away games, particularly the tough tests that they will face in Madagascar and Angola.

Their record against both of those teams is surprisingly ordinary. In six games against Angola, the Black Stars have won three, drawn two and lost one, while their head-to-head record against Madagascar stands at one win apiece. They have yet to meet the fourth team in their Group, the Central African Republic, in any competitive tournament.

With these challenges in mind, the strong defensive performance against Nigeria was particularly welcome. If that high level of defensive excellence can be maintained, then the developing attacking and creative qualities in the Ghana squad can blossom through these friendly games.

One of the most exciting of those talents is Mohammed Kudus, who first showed his true ability during the 2021 AFCON qualifiers. Injuries have limited his impact but he was able to return to start in both of the World Cup games and his passing ability is crucial to Ghana’s future success.

Ghana will not be able to call on Arsenal’s Thomas Partey for the first two games of the qualifying campaign as he continues his battle with injury, but there are others who can step in, such as Daniel-Kofi Kyereh, an attacking midfielder, who plays his domestic football in Germany, scoring 12 goals and contributing 9 assists for St Pauli in the Bundesliga 2.

Felix Afena-Gyan is another exciting talent who will have the chance to prove himself. He made 22 appearances for Roma in all competitions this season, having graduated from the Roma academy and also featured in the World Cup qualifiers. And with several other dual nationality attacking players currently in the process of changing their national allegiance to Ghana, there will be plenty of competition for places during the qualifying campaign, which should raise standards even higher.

So, another qualifying tournament will soon be here. The competitors are ready for the matches and the fans are keen to see Ghana show their true strength in the months ahead.