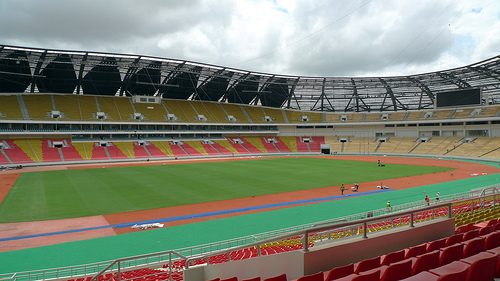 Central African Republic will host Ghana in next month's 2023 Africa Cup of Nations qualifications at the Estadio 11 de Novembro in Angolan capital, Luanda, GHANAsoccernet.com can confirm.

Central Africa will take on the Black Stars on Sunday, June 5, 2022 in the second round of the qualifiers, four days after Ghana had played Madagascar in Cape Coast.

Having failed to present a match venue in the country to CAF for the qualifying matches, Central Africa have chosen to play against Ghana in Angola.

However, the Wild Beasts are still looking for a permanent venue to play the remaining home matches during the qualifications.

Central African Republic will open their campaign at away to Angola on Wednesday, June 5, 2022 and still stay in the country to tackle the Black Stars.

Madagascar is the other country in the group.