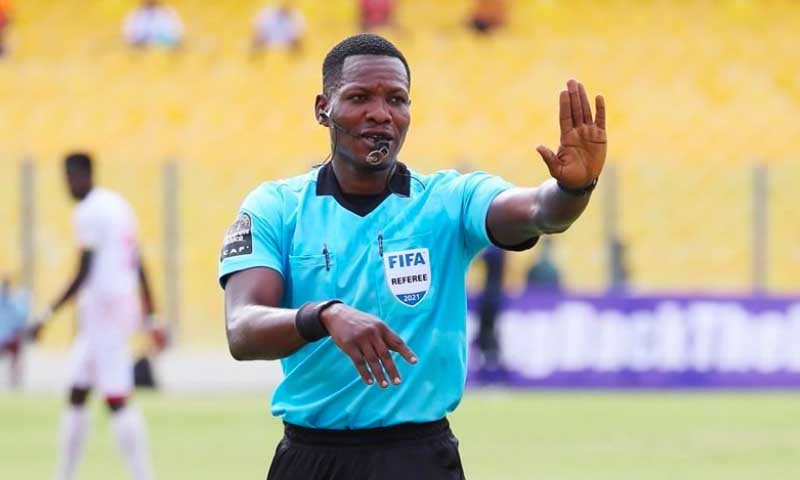 Ghana's top referee Daniel Nii Laryea has been appointed by CAF for the 2023 Africa Cup of Nations qualifiers matchday one match between Burkina Faso and Cape Verde.

The Stallions will tackle the West African rivals at the Grand Stade de Marrakech in Morocco on Friday, June 3, 2022.

Laryea will be the middle man with support from countrymen Kwasi Acheampong Brobbey and Paul Kodzo Atimaka as assistant referees one and two respectively.

Wa-based Abdul Latif Adaari will be the fourth official for the match whereas Nigeria's Sanusi Mohammed will be in charge of match commissioner duties.

Laryea was selected for the 2021 Africa Cup of Nations tournament in Cameroon where he officiated the group stage game between Guinea and Malawi.

The trained accountant was the fourth official when Cape Verde lost to Burkina Faso at the Stade d'Olembé in Yaoundé.

The 33-year-old was recently the fourth official when TP Mazembe beat Egyptian side Pyramids FC in the CAF Confederation Cup quarter-finals clash in Lubumbashi.